Using a range of new methods, the FAMN project will pave the way for more young, newly arrived people to gain qualifications at folk high schools.

FAMN stands for ‘Folkhögskola som Arena för Metodutveckling med Nyanlända’ (folk high school as an arena for method development with newly arrived people) and is partially financed by the Swedish ESF Council. Between 2019 and 2021, several subprojects have been carried out around the country, at the Eslöv, Hagaberg, Strömbäck, Dalsland and Marieborg folk high schools.

The project springs from how, over the last few years, many people who recently immigrated to Sweden have begun to study at folk high schools. Whilst this is positive, it has also put a spotlight on the issue of finding approaches to teaching and learning that can meet the target group in an optimal manner. When establishing the project plan, two focus areas were the development of language skills in Swedish and how many in this group only have a few years of formal education.

“Among the things that needed improvement were how participants could improve their Swedish, for all the subjects at folk high school, and how they could work according to an individual study plan, in consultation with their teachers. Of course, problems vary between schools, depending on how accustomed they are to working with people who’ve recently arrived in Sweden,” says Lena Östlund, project manager for FAMN at the Swedish National Council of Adult Education. 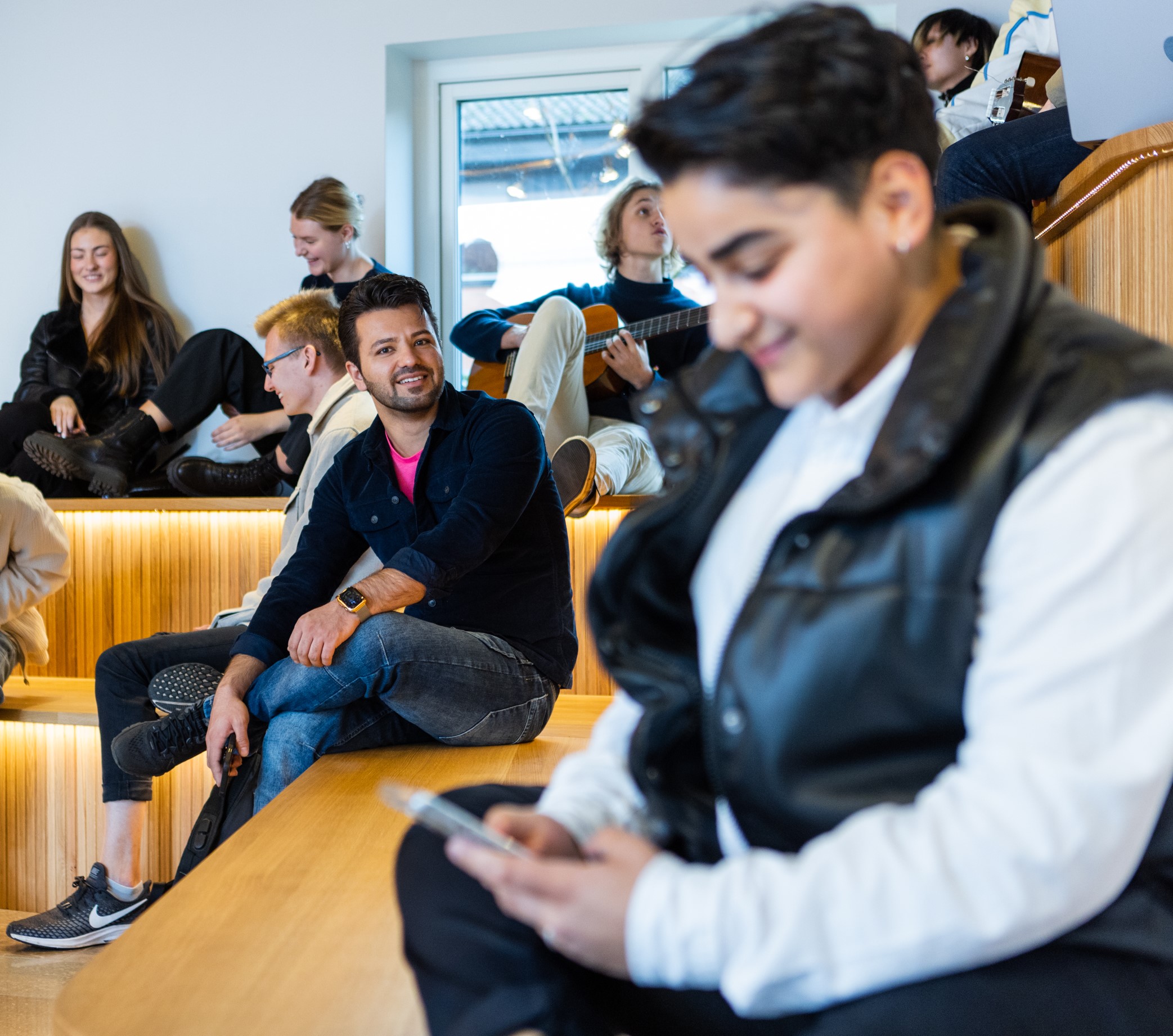 With the help of over 200 participants and about 30 teachers, the project has used a model for method development and produced approximately one hundred methods and stories.

The model for method development that was developed during the project can also be used for target groups other than young people who are recent immigrants.

“Working with the support of change theory, collegial learning and documentation in the form of a ‘quality cycle’ are important elements in this method development. The model thus rests on a scientific basis and on tested experience,” says Ulf Wallin, senior advisor for FAMN at the National Council of Adult Education.

The stories from the projects’ participants and teachers are also very important, and are an element of the project that was inspired by Ruhi Tyson, who has a PhD in education from Stockholm University.

“As far as I know, FAMN is the first educational development initiative to work with storytelling in this way. They have not only documented a range of excellent teaching methods, but also driven pioneering work in the field,” he says.

The project evaluations testify to the benefits of these new methods.

“I feel that I can go out and start working now. I feel that I’m ready,” says one participant.

The method book and the project’s final report have now been distributed to Sweden’s folk high schools and to the relevant authorities and government ministries, as well as other actors. Work to disseminate their results will continue in the spring of 2022 and a webinar will be held on 1 April, primarily for teachers at Sweden’s folk high schools.

“We know that the folk high schools in the project are continuing to develop their methods, and our hope is that more will join them,” says Lena Östlund.

Online Discussion on Culture in a situation of crisis

A game that helps you understand misinformation

ACTeco - Learn ecobuilding for all - educational platform with self paced online courses, or a tool for teachers.