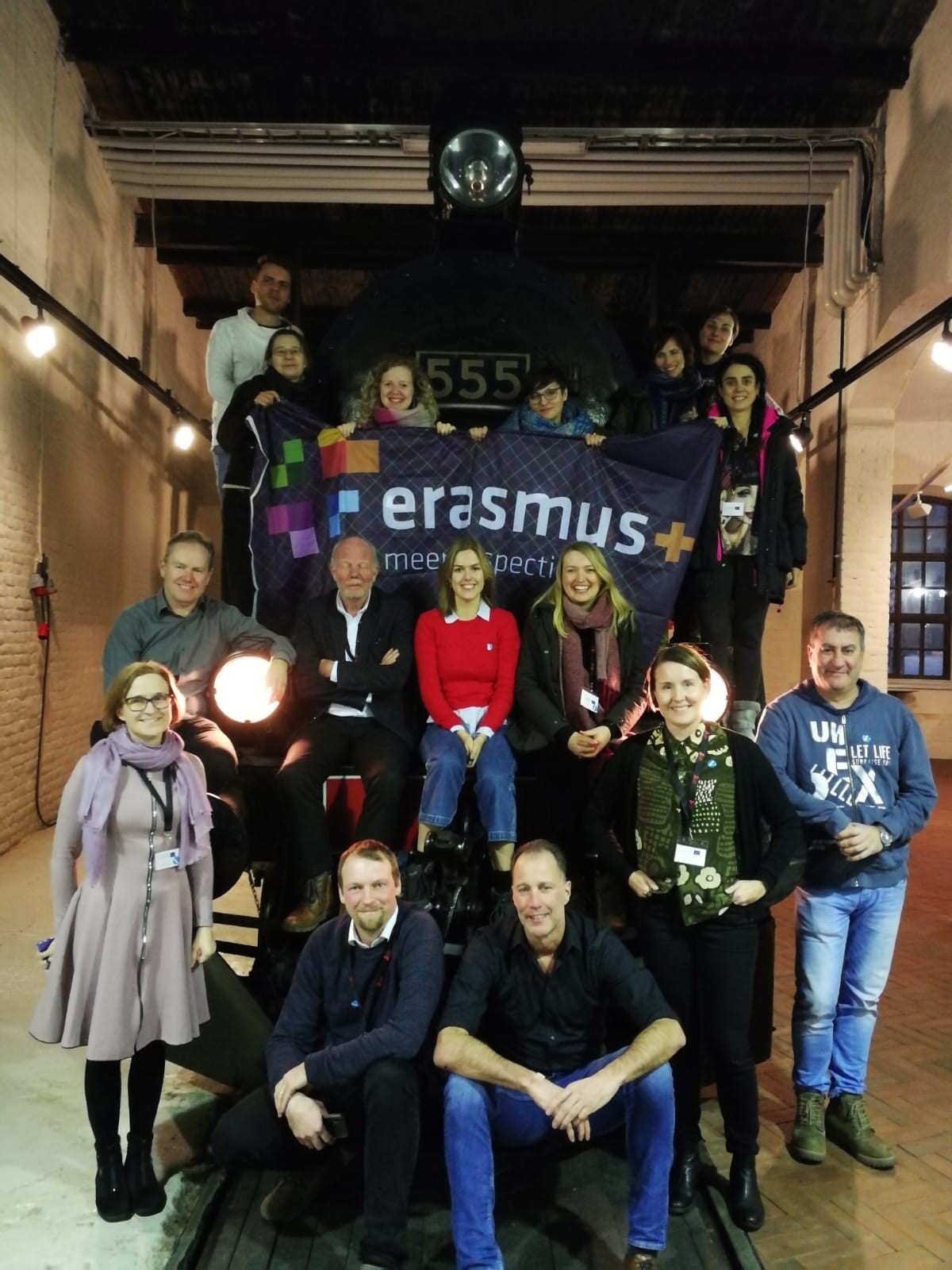 From the 14th until the 17th of November 2018  a TCA (Transnational Contact Activity) took place in Santiago de Compostella in Spain, titled ”Cultural Heritage: European Cultural Heritage in Adult Education”. In the course of these days a couple of people worked on the idea of empowering volunteers by involving them in activities in museums. The idea was worked out and presented at the end of the contact seminar.

In March 2019 the same organisations applied for an Erasmus+ funding as a KA II project, meaning a strategic partnership aimed at exchanging best practices. The application was aproved in the summer of 2019 and the partners could start their activities. The partnership consists of:

Mainly because the Dutch partner is coordinating the project, the first meeting was in The Netherlands, from 7th until 11th of October 2019. There was time for introduction, getting to know each other and working on the project. And of course, we visited not only Museum BroekerVeiling extensively, but also Museum Kranenburgh and Museum Het Sterkenhuis in Bergen and Stedelijk Museum in Alkmaar. We talked about and discussed our themes with museum professionals, volunteers and stakeholders.

From the 27th until the 31st of January 2020 the second international meeting of the project was held in Hyvinkaa in Finland. The group was complete with 16 participants. In this second event the group got closer to each other and was still more focused on the theme and aims of the project.

In three, long, days we not only visited a number of museums in Hyvinkaa, like the Finnish Railway Museum (of course), the Art Museum, The City Museum, but also The Finnish Labour Museum Werstas and the Museum Centre Vapriikki in Tampere (including the very interesting Game Museum). We also discussed a lot about inclusiveness of museums and the possibilities and obstacles of involving volunteers, in particular volunteers with less chances in society. We agreed on the division of tasks, communication, budget etc. It was a real inspiring and valuable week.

In May we will go to Poland, we are looking forward to that and in the meantime we are preparing this meeting and working on the project.

From Tradition to the Future, Together with the Youth