Thematic week: When there is no boredom, miracles can happen

Philharmonic orchestra performances, theatre productions, artistic exhibitions. What are they? Boring. Or, at least, that is the kind of memories which are retained from distant schooldays and that's what effectively blocks those groups of adults who do not participate in culture, regardless of whether they are from small towns, large agglomerations or villages. Indeed, the latter have an additional barrier, such as the lack of a bus for the ‘evening show’ (this is said with sarcasm, since often there is absolutely no form of a public transport available at all). These are adults for whom high culture is too high, because someone effectively put them off it, did not prepare them to receive it, stirred into them a sense of shame because they do not have appropriate clothes to wear for the occasion, do not understand, do not know how to eloquently express themselves.  Employers would characterise them as lacking refinement.

In the book entitled "And I never went to school," Andre Stern argues that the child's sense of rapture, their unrestricted ability to take on various activities, and the lack of time and pressure constraints are all at the heart of learning about the world. How different is this from the world we know from school benches, where participation in culture is usually a boring, schematic event, served without context. I have participated in such events myself, so I am well versed in the matter.  It's not only in the realm of culture that this occurs. Kids have to know complex equations by heart, while they are unable to independently buy a train ticket, have never ridden a tram and do not know the specifics of different offices. This is of course a generalisation, but as an organisation working with adults in difficult life situations, including the challenging situation in today’s labour market, we see the effects of such teaching all too well.  One of the methods of supporting participants of activation projects in the process of working out a positive change is the Training Centre for Development and Support (Treningowe Centrum Rozwoju i Wsparcia).

"Social education is an extremely important part of the social inclusion process. Participation in cultural events, visits to public places, such as restaurants, cinemas, theatres, etc. has a comprehensive impact on personal development in many areas: enriching one's vocabulary, developing a sense of aesthetics, learning how to behave in different situations and places, learning about the history and traditions of one's community and broadening one's horizons in general," say the founders of the Centre from the FOSa (Federation of Social Organisations of the Warmińsko-Mazurskie Voivodeship).

The main objective of the Centre's activities is to allow these adults to learn how to function in a group and to be familiar with social life in its broadest sense, which translates into the participants' readiness to enter the work environment and increase their chances for employment. However, before this happens, there is a process of group building, integrating and encouraging participants. The key for the group is the sense of security and trust in oneself, in the coach and in the rest of the participants. It helps them to be aware that others have never been to the theatre or an art exhibition and are also afraid of it. Only then can you ‘hit the town’.  Nevertheless, the fear of being judged or ridiculed is so strong that the group initially depreciates the value of cultural events and their emotions associated with the reception of art. Gradually, by the method of small steps, coaches manages to help them overcome school fears and stereotypes and give participants opportunities to experience the whole range of emotions, from indignation to delight. 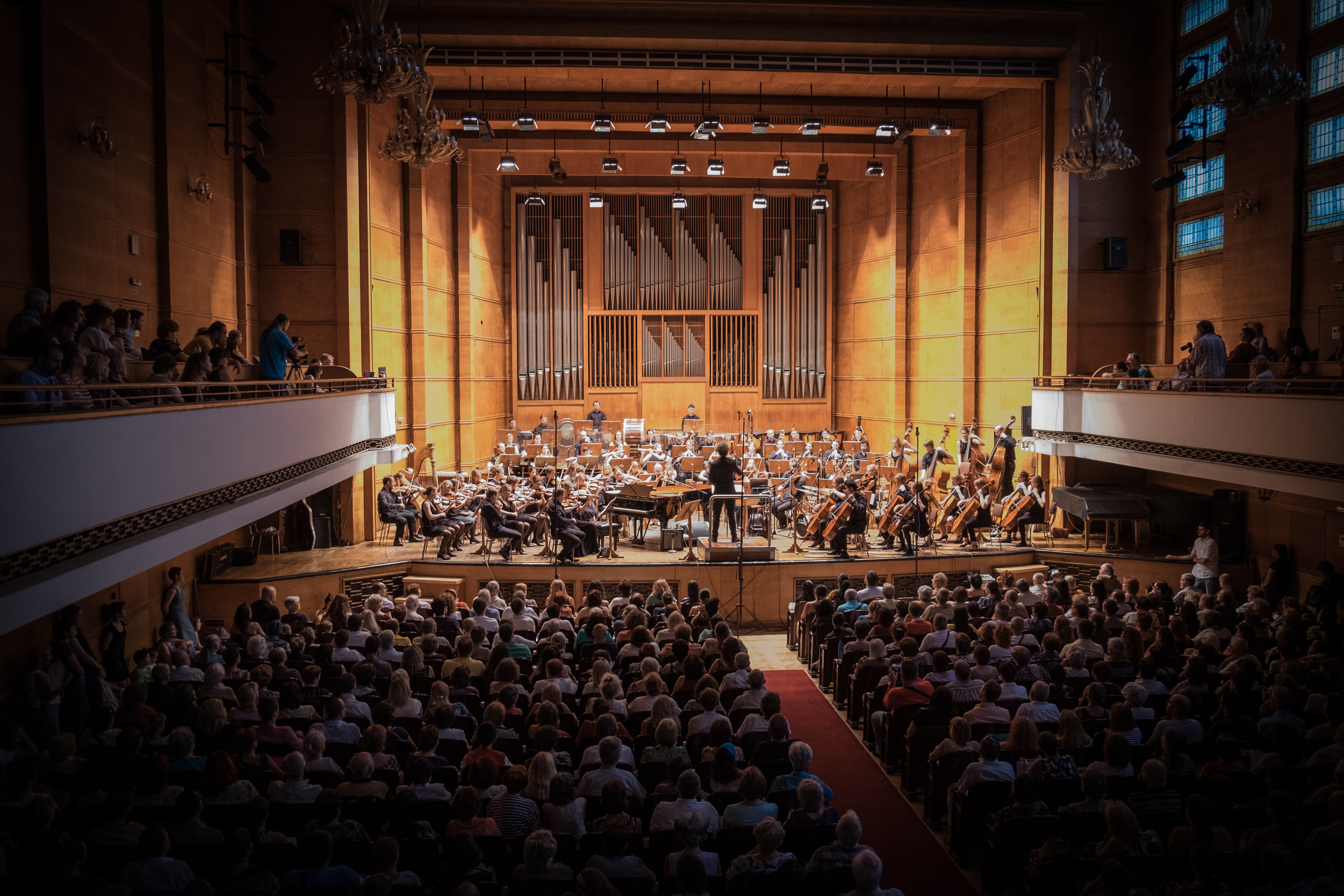 Photo by Manuel Nägeli on Unsplash

“The concert was great. I was just delighted. It was an escape from reality and some ‘me’ time. It's great that such outings exist. I hope that there will be more and more of them and that the group won't just grow smaller, because we have a great group and a great coach. Thank you very much, I finally started to live for myself and not only for others. I am a human being too and I want to live. Greetings, A"- this is the content of one of the text messages received by a coach after a concert.

"How much one misses out by not being at such concerts as the one yesterday. I would go again and make it last longer. He sang so beautifully that I had to play one of his songs the following morning. I will have beautiful memories from that evening. PS. Stanisław asked me to tell you that he liked it very much. Quote: the best outing so far. Regards."- informs one of the participants in another text message.

So far, within the framework of the Centre, five groups of 8 people have been created. Each group took part in a series of training sessions (10 events/initiatives per group), e.g. they went to see a live music concert, a philharmonic orchestra performance, they have a cinema outing, saw a theatrical production, and attended meetings with people of culture (e.g. famous actors, musicians and other creators). They also went to restaurants - places they have not used so far. Each outing was preceded by a process of preparing the participants for a specific event, e.g. going to the philharmonic was preceded by a discussion of the etiquette, savoir-vivre, image and the related concerns of the participants. After each training session, there was an evaluation meeting devoted to the participants' reflections, feelings and emotions, the group leaders tell us. They also add that in order to strengthen the effect of the undertaken activities, and to make the participants accustomed to using public places and institutions and participating in social and cultural events, and to convince them of the availability of such events, five sessions were imposed and organised by the coaches. The remaining five outings were left to the own initiative of the participants, who, under the supervision of the coaches, chose the events and places they would like to visit.

Thanks to the sessions, participants acquired new skills and competencies necessary for professional work, such as organisation, planning, implementation of planned activities, etc. - but also skills related to working in a group: cooperation, negotiation, jointly finding solutions and achieving group goals. What did the coaches themselves learn from the participants? Probably spontaneity in reflections and in social reception - confesses one of them. The initiators of the Centre and the trainers leading the group believe that the Training Centre, as one of the support tools, has made a significant contribution to improving the employability of participants.  However, the next edition of the Centre has been impacted by the recent pandemic, therefore they will have to wait to see the expected results.

The Training Centre for Development and Support is run by FOSa as part of the project "On the Way to Activity" and funded by the European Union under the European Social Fund. I would like to thank the coaches: Katarzyna Janków-Mazurkiewicz, Monika Lange and Aneta Fabisiak-Hill for sharing their reflections on the work of the groups.

Monika Hausman-Pniewska – Coach and socio-cultural animateur who has for many years has worked in the NGO sector and focussed on adult education undertakings, especially the non-formal and informal ones. Her current role is in FOSa (The Federation of Social Organisations of the Warmia and Mazury Region) in Olsztyn. EPALE Ambassador.