'There is nothing so practical as good theory' (Lewin, 1951)

It can be difficult not to get lost in your practice with the pressures of everyday work. Although most adult educators have a background in the study of andragogy many comment that there is no time to reflect on the theoretical

basis for their work. This blog aims to aid that somewhat by beginning the conversation and inviting others to write about their ‘favourite’ theorists. To begin with a quote from one notable theorist not specific to Adult Education, Kurt Lewin, 'there is nothing so practical as good theory' (1951).

Paulo Freire, in working with peasants in Brazil, saw education as a route to liberation, especially liberation from poverty and oppression.  The ideas that Freire used to capture this were as follows. That education is about people who were seen, and saw themselves, as objects (not having choice or agency to shape their own lives) moving to seeing themselves as subjects (actors who can shape and mould their own lives). That education is an intervention and a catalyst for change. This means that educators must seek out the places where there is oppression, stimulate discussion about oppression and offer themselves as a resource for change. That learning is intimately linked to learners acquiring the tools for change (peasants needing to read and write so they can fight for their rights.

Freire also had practices which built on the ideas relating to education as a route to liberation, which were:

·         Coding – education should be about putting the issues that a community face back to them in a form (code) that they can look at and learn from. Again putting the reading of the code into the hands of the learner

Freire named the fact that education was primarily about liberation, and mainly about the liberation of the collective. He also explored ideas about internalised oppression, praxis and equality between student and teacher.

Malcolm Knowles promoted the idea of andragogy and placed this idea in opposition to the idea of pedagogy and underlined the difference between working with adults and working with children. According to Knowles the main concept behind andragogy is that it focuses on adults who:

Therefore the tutor must place the adult at the centre of their own learning - as such Knowles developed the idea of the learner contracts. In order to place the concepts of andragogy in a context it is useful to look at how Knowles framed the main concepts behind pedagogy, primarily about teaching children, which are that children are not self-directed, do not have life experiences and need someone to show them what they need to learn. The teacher has full responsibility for making decisions about what will be learned, how it will be learned, when it will be learned, and if the material has been learned. Pedagogy, or teacher-directed instruction, places the student in a submissive role requiring obedience to the teacher's instructions and to the wider curriculum. Learners need to know only what the teacher teaches them. The result is a teaching and learning situation that actively promotes dependency on the instructor. Therefore Knowles pointed out the need for the educator to place the adult learner at the centre of his/her learning to reflect the ‘reality’ of the learning relationship. 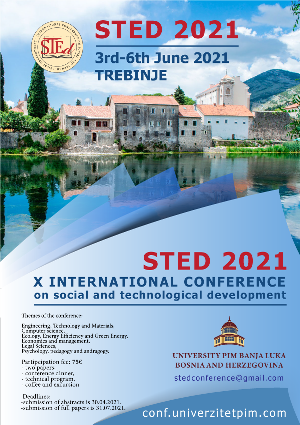