From diversity to plurality - Equality and difference in political adult education

What categories of difference do we mean when we talk about diversity?

The diagnosis is clear: Education is lagging behind demographic reality. Educational institutions, didactics, curricula, as well as teaching staff do not reflect the increasing diversity seen in our societies since the 1960s. In no way do I want to discount the good intent, achievements, and positive developments. But the discrepancy between the demographic structure and the daily routines in education is obvious.

This must be explained. Which categories of difference do we mean when we talk about diversity? For instance, the ‘prohibited grounds of discrimination’ in EU regulations such as age, ethnic background and nationality, gender, physical and mental disabilities, religion, belief, political or any other opinion, sexual identity and orientation, class, etc. 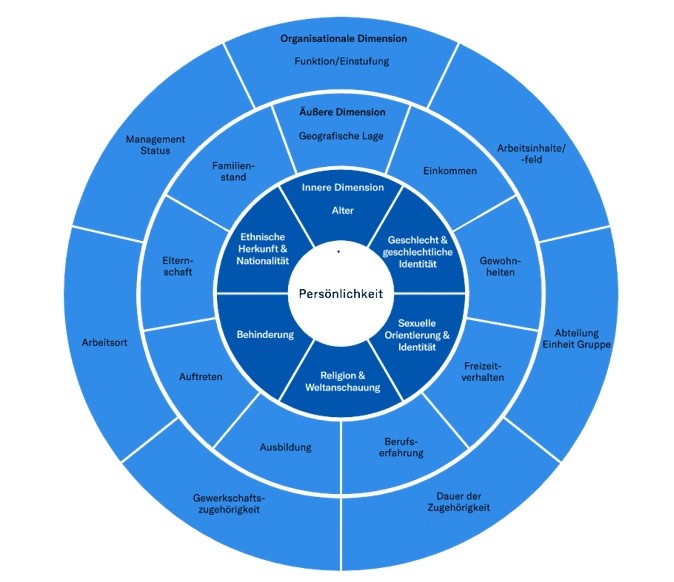 These are highly varied categories of difference that cannot be translated into one another or reduced to a common entity. The spectrum within these individual categories also often differs from region to region. The terms ‘ethnic background’ in Austria and the American (or British) ‘black’ do not designate one and the same difference. Nevertheless, the discussions surrounding diversity are sometimes very heated and fierce, as if only two parties were involved.

The Dutch writer Carry van Bruggen expressed a concept in the 1920s that has long guided my thinking: There is no being other than being different. [1]

If we, following the author, presuppose that the being that we perceive around us, i.e. the other, is always a separate, unique being despite its similarity with a group of further others, we would learn three things:

Difference is the one side of the coin. The other side pertains to equality. This also has its roots in ancient philosophy and is delineated by a related term: identity. Heidegger wrote:

‘When one constantly says the same thing, such as “the plant is a plant”, that is tautology. For something to be the identical, one is sufficient. Two are not required as they are for equality.’ [2]

Identity refers to two or more entities or objects conforming in every respect, i.e. an absolute lack of differences: A is A. Equality, on the other hand, refers to conformity in a relevant aspect, but not all aspects: A = B. As Heidegger stresses, this differs from identity in that one element would be sufficient for identity. For statements about equality, on the other hand, we require at least two elements.

So first, this means that equality is not an absolute term, but always describes a relationship. And before we can talk about equality between two entities or objects, there must be one or more relevant differences between them. Thus, equality is only possible as equality of the different.

This, in turn, would imply that diversity is the ‘normal state’ of a society. But when one says that our society has become diverse today, this is a ‘by-product’ of hegemonial policies – because they depict existing differences as coherence, the diverse as a unit, the heterogenous as homogenous. Counter-policies positioned/position difference against this homogeneity. To this end, the politics of difference pursues a dual strategy: (re-)heterogenisation of the homogenised and embracing that which was excluded (during homogenisation).

‘Politics is rooted in the indisputable plurality of people. [...] Politics is an expression of the coexistence and cooperation of the different.’ [4]

Plurality is a political concept. When the many voices of the de facto diversity receive a political language and their discourse is heard, when those who have been made others receive political rights and political options for codetermination, diversity can become plurality. Such plurality is more than just freedom of opinion. The more social positions, demands, and interests that have been excluded or made invisible are brought into the political process, the more pluralistic the political system will become.

Education that seeks to reflect political plurality is closely related to difference conscious social and education policies. Its didactics, institutions, canon, and staff composition will then also need to meet the standards of plurality. This is a particularly difficult undertaking in adult education – above all because of its decentralised structure.

One example from the field of political adult education illustrates this well. In my opinion, attempts to account for the growing political diversity starting in the 1970s that led to key standards such as the Beutelsbach Consensus and the more recent Frankfurt Declaration [5] are unable to entirely account for the continued diversification of society since the 1990s, for which the political voice is still fragmented. We need a new standard that reflects and promotes this budding plurality and many experiments that help to turn good will into education that takes account of differences.

Dr Hakan Gürses, born in Istanbul in 1961, has been living in Vienna since 1981. He studied philosophy at the University of Vienna and now works as Scientific Director at the Austrian Society for Political Education. www.hakanguerses.at

[1] I know the concept as a quote in German from: Heinz Kimmerle: Philosophien der Differenz. Eine Einführung, Würzburg 2000: 11.

This blog is based on a workshop at the Austrian EPALE and Erasmus+ conference titled “I am different. You are different. Together we are diversity! Diversity in inclusive adult education”, which was held on 20 May 2021.

Sustainable business strategies. How to integrate sustainable development objectives into the sustainability report.