I am gay. The educational potential of coming out

Personal stories and using them in education

Initially, I thought this would be a very personal post. Besides, when I go through my other posts, it looks like they contain many auto-ethnographic observations, offer proof of using my own experience, and present my strong and important statements. For example, in this text, where I am talking about my disease and the experience of being disabled. So, I am going to lay bare my soul again, not only to those readers who already know me but also to those who have never seen me and never heard about me. However, I quickly arrived at a conclusion central to this post: that the issues of our sexuality, gender and body (non)normativity do not lie only in the field of our personal and private reflections. When we occupy a position in any public space and intend to get into educational interaction with those around us, we sort of stop being those mythical and invisible educators. We speak in public (school, university, workshop meetings, TV programmes, radio programmes, blog posts, etc. are all good examples), and we also become people functioning in a social and political context. We have no privilege of detaching ourselves from reality (although that is what I would be most willing to do from time to time). In other words - total detachment from reality is not an option. If I could only close my eyes and ears to remain unaware of many bad practices around me, which are contrary to humanism! Hate crime, discrimination, homophobia, misogyny, transphobia, and xenophobia, to name a few, should make educators break their silence. Coming out often happens in places and situations that require a response or are perceived as potentially important. I hope that the educational potential of coming out may be significant. 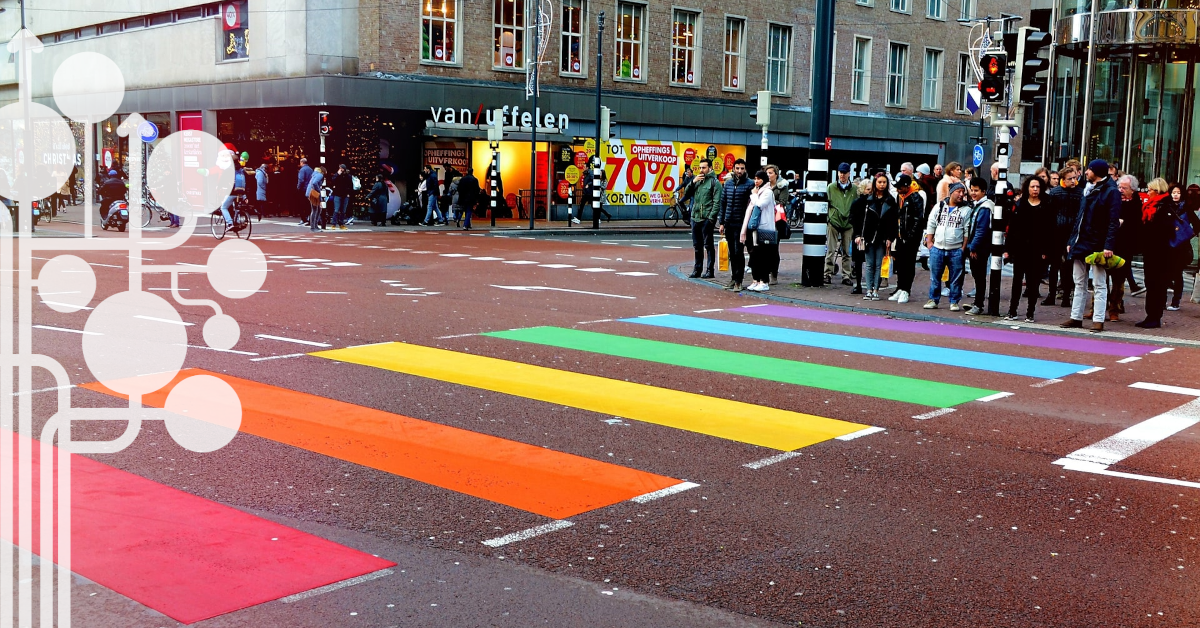 Photo by Tayla Kohler on Unsplash

What is coming out?

Coming out means getting out. However, at some point in the past, this term was lent a whole new meaning which refers to people who were non(hetero)normative and who – despite the oppressive and violent atmosphere that surrounded them – decided to come out of their hiding and reveal their self-identification as gay, lesbian or transgender, so different from the dominant one. A very descriptive idiom was born – coming out of the closet – where the closet is such a hiding place. You might have played hide and seek as children. Especially at your granny’s, you could find a spacious dresser or a wardrobe where you could hide for hours. A gap – like that of the Narnia children. The wardrobe gave you temporary refuge and offered you shelter from the piercing look of others who were always inquisitive and eager to notice your incompatibility with the rest (the majority). But it becomes stuffy in the wardrobe after some time. Its darkness starts irritating you. It becomes overcrowded. Therefore, we come out of the wardrobe to breathe fresh air. However, that does not happen imperceptibly. Others can see us and start wondering. Their understanding of the world as an uncomplicated place begins to get complicated (something which wise men described as “ontological security” is being shattered right before their eyes). Each of those situations is a potential opportunity for educators. Processing such new situations – meaning accepting diversity – is an important task to be faced by education. Each “coming out” is an occasion to learn.

The social construction of sexuality

My numerous places of work include one in Poznań’s higher education institutions. Among other subjects, I have the pleasure of providing my course entitled The social construction of sexuality. Those governing the place are modern and bright-minded people, which results in their students – young adults – being given ample opportunities to compare and contrast their stereotypes and prejudice with academic knowledge. Their participation in my course that raises all issues – among them my coming out, which is a very frequent stage of mutual learning – is a remedy for outdated ideas instilled in my students at earlier stages of education. Non-existent sex education, silence, shame, and lies are the most frequent nouns used by some of my students to describe their primary or secondary school education. Honest and open communication relating to the diversity of the social world is necessary not only for those who harbour mistrust, anxiety and various phobias but also for those who recognise a degree of non-normativity in themselves.

Why is that not only a personal issue?

Sexuality is not invisible. When presenting educational content, educators may unconsciously make frequent referrals to things being proof of their sexuality. I am not talking here about the stereotypical ways of dressing, behaving, or expressions (having closed your eyes, each of us can imagine something very concrete, typical and colourful when hearing the words “gay” or “lesbian”). Seemingly meaningless things point towards it. A wedding ring on the finger of the person providing a workshop, a mere mention during the break that my husband will come to pick me up, or even an observation like “my son has similar trainers” - all that points to our sexual orientation. The one that is invisible because it is dominant and, therefore, obvious. My statements relating to my coming out are often of this nature. For example, I say I have been somewhere with my male partner, or I talk about an example coming from pop culture, a love story between two men. These small things make you think outside the box. They are riddles requiring solutions and sorting out things in your head from the beginning.

The educational potential of coming out

Fortunately, I am not the only person who disagrees with the education space being closed off from reality, contemporary issues and real stories. Marta Konarzewska and Przemek Staroń are probably the best-known teachers from Poland (Marta has already given up her teaching job) who have become famous for their coming out. Each of us deciding to come out and manifest our otherness is convinced that we do not do it to cause a scandal but to teach even a few people the value of diversity and acceptance.

Is my being gay always important?

Yes and no. It does not have to and is not usually revealed and disclosed. Sometimes it is meaningless or neutral in the context of the main topic or educational thread I am involved in. But sometimes, it is impossible not to react to homophobic or sexist behaviour. Talking about your emotions and telling your story may be of great importance. It is an educational value while providing a clear message and support to other non-normative persons in the group or in the room – to those who temporarily keep silent for some reason.

Dr Bartek Lis – sociologist and social researcher, cultural animator and educator associated with the Zamek Cultural Centre in Poznań, author of scientific and popularising texts and articles. Since 2012 collaborator of the Association of Creative Initiatives "ę" as a researcher, evaluator and trainer. In 2012-2017 curator of the social programme at the Wrocław Contemporary Museum (organisation and co-organisation of over 300 cultural events - debates, workshops, interdisciplinary projects, exhibitions). Originator and implementer at the Castle Cultural Centre of educational projects/cycles "Open Castle. Culture for and with seniors a little less independent", "Art in the dark", "You can't see", and "(un)new audiences". Among other things, he is involved in civic education, audience development, the topics of "invisible disabilities", "senior dependence", the use of art in education and social practice, and making the offer of cultural institutions accessible to people with disabilities.

Culture and homelessness. Reflections in the margin of a certain study

EPALE interview: The potential embedded in accessible culture. The challenges for educators