MORE THAN WORDS was a three-year Adult Education project which focused on the needs of people who do not speak the main language of the country in which they live. This was understood primarily to mean refugees and migrants, but the project also addressed other questions of linguistic exclusion, for example deafness, trauma and autism. The pan-European partnership consisted of some organisations who were already offering training in areas that could be beneficial for these groups, and some who were working directly in the target communities, with a degree of overlap. 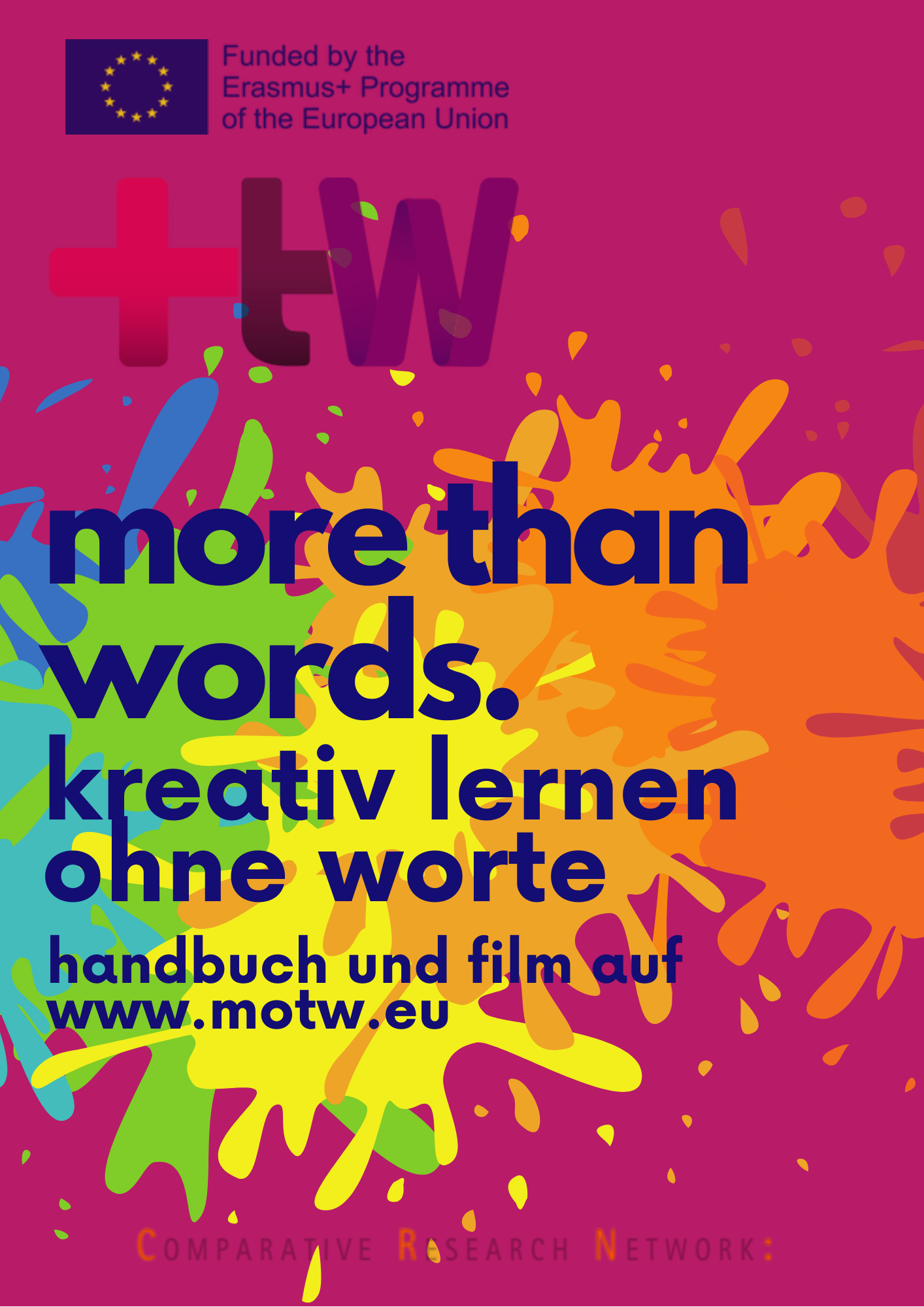 Responding to a Needs Assessment undertaken with the key target groups, a series of Staff Training Activities were held, each of which introduced partners to a distinct methodological approach, and assessed the potential of that approach in relation to the project themes.Participatory Theatre, Digital Storytelling, Clown and Body Movement were all explored in depth and Evaluated by the participants in the training weeks. These Evaluations were assessed by the partners at Transnational Project Meetings, and this process combined with the ongoing Needs Assessment enabled them to formulate a series of Framing Questions for the culminative Synthesis Training week in Luxembourg. This week led to the generation of new training approaches which brought together key strands from the existing methodologies and applied them to the specific needs and challenges identified.

This Synthesis Training led to the creation of the first Intellectual Output, a Good Practice Synthesis Report, which is being disseminated in all project languages as a practical tool for trainers working in this area. The report also forms part of the larger Training Module - the project e-book of which this is the Executive Summary. There is also an online Interactive Training Platform, enabling people who want to work in this area to develop skills in the basic methodologies employed.

The fourth Intellectual Output is a film, which confronts the questions of language-based exclusion at the heart of the project and makes use of all the key methodologies to formulate a creative, artistic response. Sometimes written accounts and courses are not enough.