Slovakia - a hub for projects with world-wide impact

Have you ever heard about the NGO called Education@Internet? Maybe not. Chances are, though, that you have come across the results of their efforts as they have already carried out a good few worthy projects with world-wide impact. Among them are a few international events known around the globe.

Have you ever heard about the NGO called Education@Internet? Maybe not. Chances are, though, that you have come across the results of their efforts as they have already carried out a good few worthy projects with world-wide impact. Among them are a few international events known around the globe.

As the name of the association suggest, the NGO Education@Internet (AKA “E@I”) promotes education through internet, not only in Slovakia, but also abroad. This international youth organisation supports international cooperation and communication around the globe; implements educational projects focusing on cultural diversity, languages and use of modern IT technologies. E@I creates multilingual educational portals free to use around the world; initiates and supports projects with international youth cooperation; organizes educational and cultural events and informs about the importance and usefulness of barrier-free international communication. How about we have a look at the world-class projects that E@I has successfully carried out already?

Polyglot Gathering - the biggest of its kind

Probably the most popular event is Polyglot Gathering. E@I has been in charge of organising it in Bratislava (Slovakia) since 2017. Last year, this five-day event hosted 654 participants from 62 countries around the globe (even from such remote countries as China, Canada or New Zealand). Participants shared their own approaches to language acquisition, their abundant experience related to their cultural or language-related professions. All that through lectures or workshops. Space for multilingual concerts, cultural performances, culinary festival, trips or networking was provided as well. In May 2019, one might have noticed international people wandering around Bratislava with name tags decorated by flags of various countries. The flags represented the languages the people had been learning. On the event it works like that: you run into someone, you check their name tag (she check yours, of course), you find a language you want to converse in and then you simply converse in that language. The atmosphere of the event is captured in this promotional video. The next year’s event is going to take place in Polish Teresin and we are inviting you to take part!

Upon entering the office of E@I you find out that its members talk in a language that sounds similar, but you do not manage to identify exactly what language it is. It seems to be a sort of a blend of Spanish and Italian, however, it is actually the plan language Esperanto. The association (most probably as the only one in Slovakia) uses it for communication, as its members come from several countries - Slovakia, Poland, Italy, Russia, France and the Czech republic. The idea behind the language is very similar to the purpose of E@I - to enable humanity around the globe communicate easily and rapidly. Taking into account that one can learn Esperanto almost in no time - 3 or 6 months - it seems to be the only politically neutral language solution. That is why the decision to adapt this international language was made in unison and reached quickly. To learn more about the language you can check out this link.

This organisation believes that humanity ought to communicate in a politically neutral and simple foreign language. That is why it organises an Esperanto summer camp (Somera Esperanta Studado) yearly, since 2007. The event attracts 150-250 international participants, who live, dine and study Esperanto together. After the classes they organise intercultural program. The event lasts for full 8 days. In the morning, everyone studies Esperanto in classes divided into several levels. In the afternoon, it is the participants who organise their town by leading lectures, workshops, cultural or sports program. Evenings are dedicated to music, fun and wine-tasting. Even complete beginners are capable of having a basic conversation after participating. A great many of participants enthusiastically come back to SES every year.

LingvaFest - the one and only

This event might not be world-wide known, yet it enables Slovaks to taste the languages and cultures of folks all over the world. The objective of this free-of-fee event is to present foreign languages and cultures to Slovak people. In addition to this, its goals are also to increase awareness about the importance of learning a foreign language, to motivate to learn languages and present innovative, effective methods of learning them. Among other things, the festival offers space for further cooperation among institutions and professionals in the areas of languages. The program includes more than 100 contributions (lectures, workshops, language crash-courses, exhibitions) and several famous Slovak people took part in it. For instance a best-selling Slovak author Jozef Banáš, author and poet Daniel Hevier, a six-year old Russion polyglot Bella Devyatkina (capable of talking in 8 languages at the age of 6) as well as world-known Slovak language mentor - Lýdia Machová who has recently took part in TED New York. French singer JoMo conquered his own world record in the most multilingual concert (singing in 23 languages). The atmosphere of the festival is captured in the Youtube channel. We are inviting you to take part, motivate yourself and taste as many languages as you with!

In cooperation with international organisations with financial support from Erasmus+ programme, E@I has taken part in creating several educational internet platforms. The platforms focus on cyberbullying, development of critical thinking, global education or learning of foreign languages in an innovative, interactive way. The principle is to provide education to everyone, everywhere and for free - the Internet as a tool makes it possible.

Lernu.net - the largest international website for learning this language and the first educational site that E@I created in the early 1980s (since then it has been completely redone, both in terms of content and technology). Using this site, people can learn the simplest language in the world from the comfort of their home, even in a few weeks. The site has 45 language versions and over 304,000 users. After experience and know-how acquired from this project, E@I started to create other educational webpages as well. The site was one of the first e-learning free multilingual tools in the world for learning a language and it was also twice awarded in Canada at that time.

Slovake.eu - it is the first and only multilingual free web site to learn Slovak for foreigners. At the time of its creation, there was no possibility to learn Slovak more comprehensively through the Internet. E@I started to create it in 2009, and it was launched in 2011. Since then it has gained a lot of supporters and a few awards. For instance, it was labeled as "Best practice project" within EACEA - period 2007-2013 (KA2-Languages). The site has 15 language versions, more than 90,400 users from 200 countries around the world. It was a nice and happy surprise to find out that the number of visitors to this website double every day before final-exams from Slovak language. Thanks to a well-developed part of Slovak grammar, students of Slovak origin visit it as well. So far, it is the most comprehensive free website for Slovak for foreigners, covering levels A1 to B2.

Deutsch.info - German is the second most widely spoken language in the EU. Unfortunately, even for such a “large” language, there were no suitable and extensive free materials on the Internet. It was in 2011, that E@I and partners started developing it. Currently, the site has 19 language versions, more than 559,700 registered users from around the world (more than 200 countries) and was awarded the label of the "educational side of the year" in Germany. 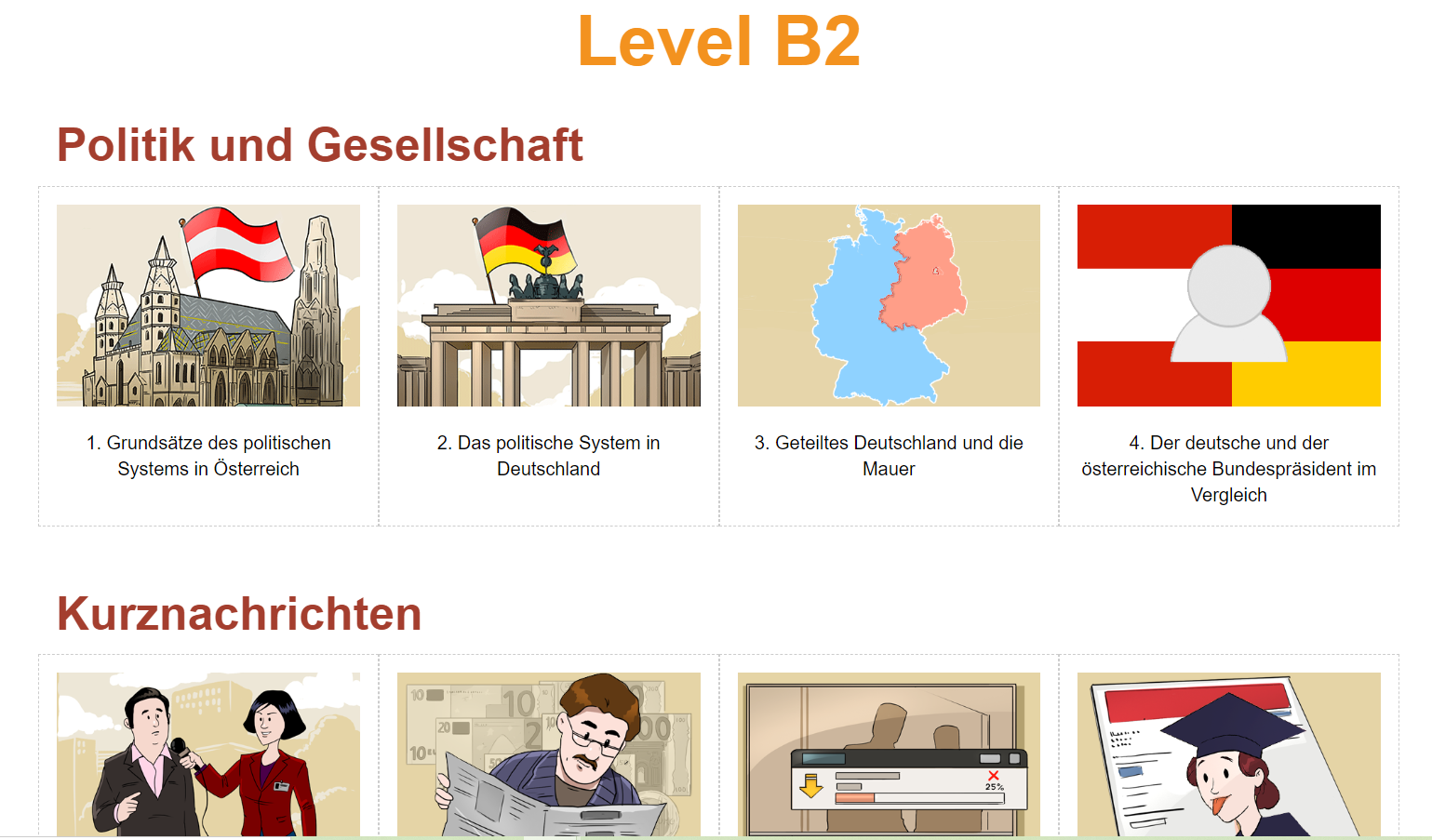 Russky.info - most recently, rusky.info was awarded as "good practice example" by Slovak national agency for Erasmus +.  The site offers the opportunity to learn Russian and has around 5600 users. It uses modern didactic materials containing practical information about life and work in contemporary Russia as well.

Eduskills.plus - a new multilingual platform aimed at developing critical and creative thinking. This platform is based on “philosophical enquiry” of the teacher in collaboration with pupils in order to educate in accordance with the cosmopolitan ideal of society. The platform provides teachers with a full curriculum to implement the method of philosophical enquiry in school classes. It also provides educational modules and a media library that contains a collection of methods from different countries and materials in different languages. Topics discussed include: sustainable consumption, globalization, the path of our products, escape from war and persecution, diversity in football, human rights, Islamophobia and others. 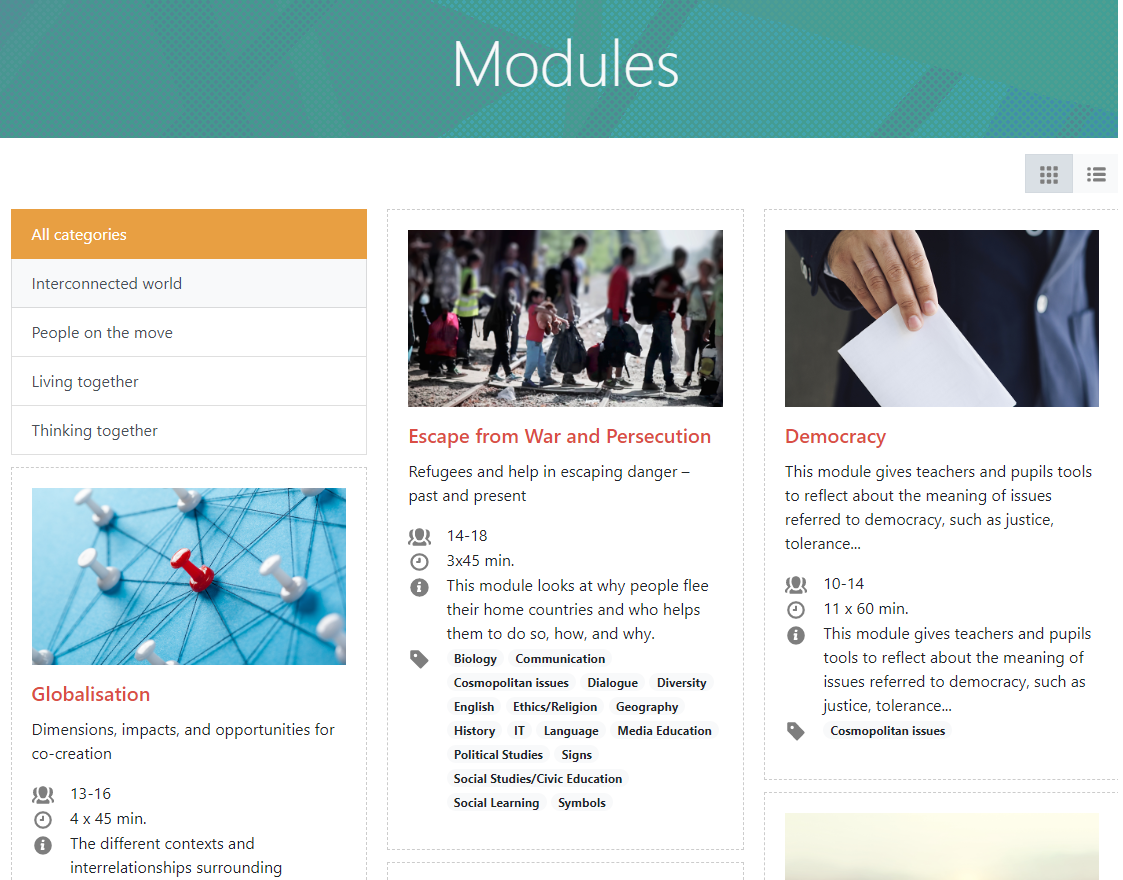 Mluvtecesky.net - this platform for learning the Czech language was created by the Masaryk University, which contacted E@I and used their know-how acquired from "slovake.eu" and "deutsch.info". The “Leonardo” project for transfer of innovation allowed the creation of this e-learning platform. The platform was awarded the “Seal of Quality of 2013 for the highest-quality project carried out" within the Czech National agency.

Lingvo.info - this site offers you a well-arranged and thought-provoking insight into European languages, their history, dialects, grammar, proverbs and interesting phenomena. In an understandable and captivating way it also provides a summary of basic knowledge from the area of linguistics: language family, etymology, sociolinguistics together with links and useful information about projects, websites and events promoting languages.

Kuarki - traveller between wor(l)ds - is a free-of-charge application for multilingual children from the age of five. It helps children to develop their vocabulary and practice reading as well as writing. The aim of the app is to help bridge the frequent gap between the language used school and the language at used home, while also providing readers with new knowledge in an interesting and fun way. The app also helps monolingual children who learn a foreign language and would like to improve their reading comprehension capacities. 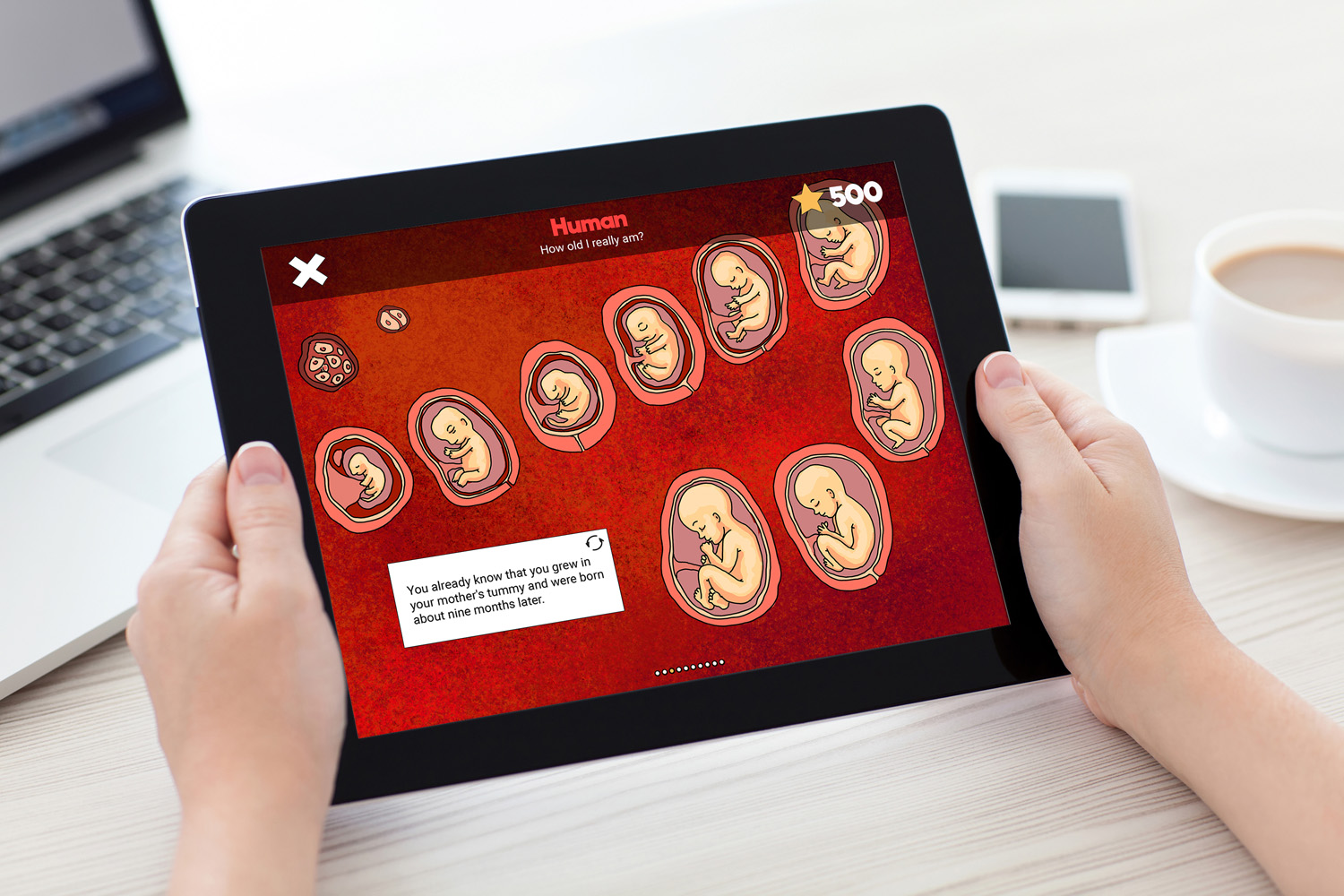 We do believe that you are interested in our projects and that they contribute to a vision of a better world, where people from different parts of the world are able to communicate and education is available to everyone for free. If you are interested in cooperation or information about ongoing projects, you can contact us at https://ikso.net/.