(In)visible hand - support for seniors citizens during a quarantine

Did you know that the pain of social rejection – resulting, for example, from exclusion - activates the same areas in the brain as physical pain? Why is this the case? According to David Eagleman, a neurobiologist, it happens so because social ties are very important to humans. According to Eagleman, the pain pushes us towards forging bonds with others. We form bonds because we need them. So how does a person behave and what can one feel in isolation? Fear, uncertainty, panic, loneliness? Does it sound familiar?

Did you know that the pain of social rejection – resulting, for example, from exclusion - activates the same areas in the brain as physical pain? Why is this the case? According to David Eagleman, a neurobiologist, it happens so because social ties are very important to humans. According to Eagleman, the pain pushes us towards forging bonds with others. We form bonds because we need them. [1] So how does a person behave and what can one feel in isolation? Fear, uncertainty, panic, loneliness? Does it sound familiar?

The world is shaking, so each one of us is trying to maintain mental balance and come to grips with this new reality. Specialists in several areas of expertise are looking into changes resulting from the current situation. You can review Piotr Maczuga's (EN) thoughts on education in a time of crisis and opportunities for distance learning. Thanks to the synthesis prepared by Radek Czahajda, you can learn about the tools and means to organise online training and make it interactive. I recommend reading both texts.

However, my attention has been drawn to grassroots activities of the society, which involve volunteering (called by some as a service or support activities), addressed to people in their late adulthood. On a micro-scale, it is voluntary work performed for a cohort forming a specific age group. On a macro scale, civic education is constantly on my radar.

Probably, each of us has already heard and knows very well that it is elderly people with weakened immunity, who are suffering from co-existing diseases, especially chronic ones, who are in the group with the highest risk of coronavirus infection and falling ill with COVID-19. To them, contact with other people who are or potentially could be infected is the most dangerous. Their physical and also, in my opinion, mental health is at risk. 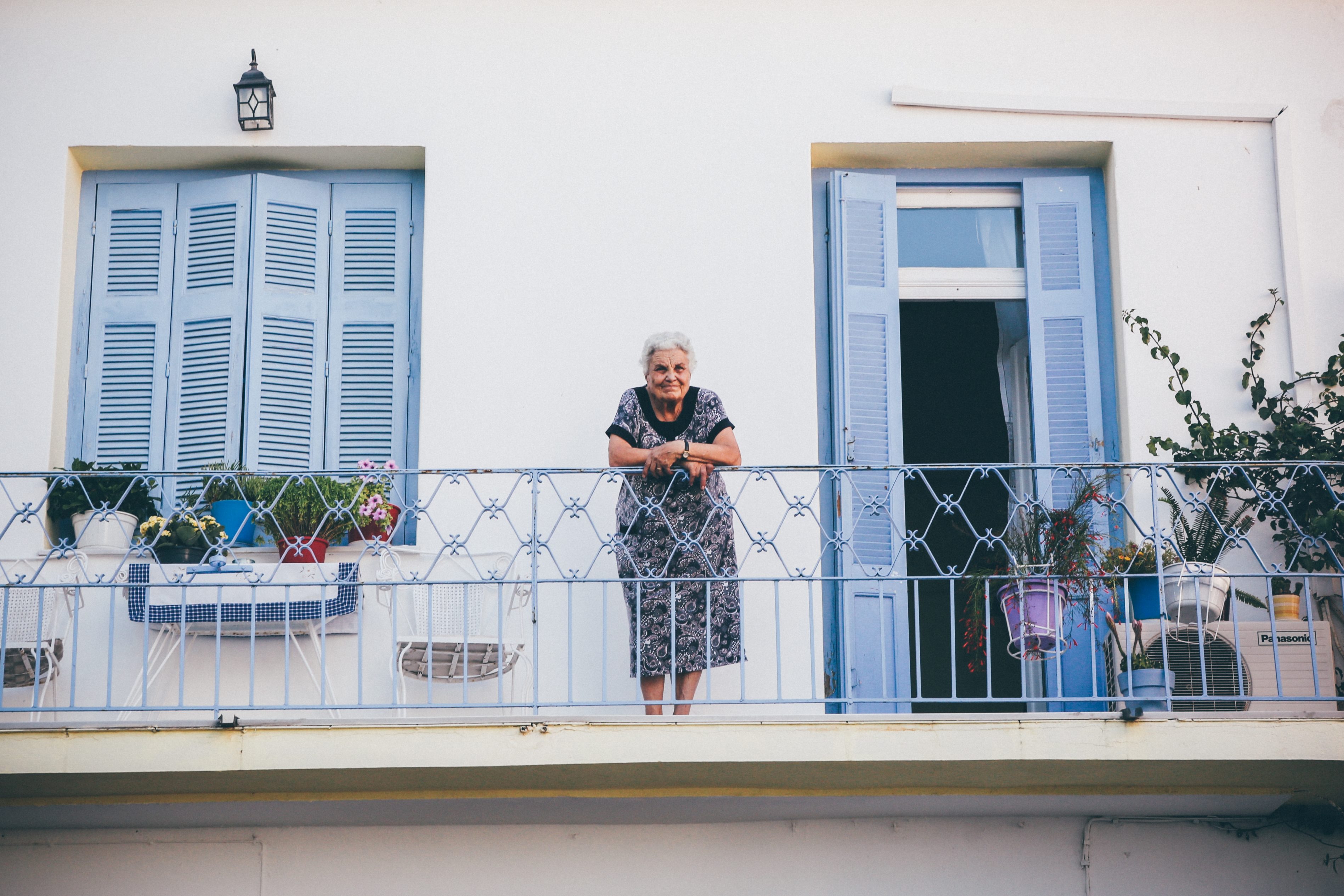 Photo by Skiathos Greece on Unsplash

Recommendations issued by the Chief Sanitary Inspector addressed to senior citizens include, among other things, limiting their presence in public places. Out of the concern for their health, they should not leave their homes (if possible) and should limit all forms of activity requiring mobility to a minimum. Other recommendations point to limiting contact with young people (i.e. grandchildren), who may pass on the disease, even though they may not exhibit typical symptoms.[2] Isolation from other members of society, especially from one's own family can be extremely challenging for senior citizens. Asking others for help (in the face of danger and fear) in everyday activities, such as shopping, buying medicine, dealing with administrative matters, does not always come easily to an elderly person.

That's why when I hear someone saying that thanks to the current situation they will acquire solidarity-driven cooperation competence, I have to object. In my opinion, it is not about to be acquired, as it has been visibly manifesting for some time now. Voluntary activities for the elderly and those in need (and others!) offered by the rest of the society - i.e. activities based on voluntary, unpaid, and intentional work for the benefit of other people or society as a whole, which goes beyond family and friendship relationships, was noticeable very quickly. Help and support offers appeared sooner than requests for them. It is very heartening and it reflects the great power that lies in volunteering. It also proves the need for civic education, both at a time of crisis and beyond it.

There are a lot of examples of neighbour's help i.e. information placed on staircases, where neighbours offer other residents (seniors and people in need) to do shopping or take a dog for a walk. This idea - not only in Poznań - although I will use my city as an example - has also been introduced by the authorities of many cities; in Poznań, PL it operates as the "Shopping for Seniors" initiative.[3]

Emergency shopping is not the only way to help seniors citizens. The urge to mentally support people in late adulthood has also been recognised. The need for action in this area is not new, it did not come with the outbreak of a pandemic. So-called "trust or friendships lines" i.e. distant support services have already been in place.

In February this year, my attention was drawn to the information about the creation of Halofon - a grass-root initiative of senior citizens of Łódź, Poland, who decided to provide such distant support to a dozen or so people in late adulthood, who do not leave home due to loneliness or dysfunction. How did this happen? As the vice-president of the city said, the seniors themselves noticed such a need and found a source of funding to be able to create a "Halofon". [4]

In March, however, I observe (with joy) development of the new services dedicated to senior citizens. There are organizations (such as the Poor Brothers' Association) that are increasing the number of hours of telephone support [5], and there are those that are starting their telecare right now: for example TelefonPogadania.pl or "Two phones to Grandma". In the former, the idea is to network the volunteers who would like to support by a phone call the lonely elderly. The volunteers can be called by people who do not have anyone else close to them to call. [6] In the other initiative, the emphasis is placed on family telecare - on the keeping in touch by the members of the seniors' family, including grandchildren. "Let it be regular phone calls, at a certain time, so that the seniors have the feeling that they are being taken care of" - ask the organizers of the action. [7]

Institutions and organisations also share with seniors their resources on the Internet. They make their materials, articles, broadcasts and reports available free of charge. [8].

However, there are also those seniors who do not follow the recommendations. Why is that? Maybe they're just feeling the pain that David Egelman is writing about? Maybe no one has yet called them asking about their health and well-being, no one has offered support or shown alternative forms of activity? Or maybe the reasons are quite different?

dr Nina Woderska– a pedagogue, the lecturer at the Higher School of Health Science and Personnel Education School, the employee of the Center for Senior Initiatives in Poznań and the coach at the Association for Development of Civic Education CREO.