You can learn an instrument even as an ADULT!

Nowadays, many studies around the world have proved that playing an instrument improves cognition, develops coordination, and memory functions. Of course, it is ideal if learning starts as a child, but believe me if you have the desire to start with music learning, you can do it even as an adult with no previous knowledge.

Let's get acquainted, I'm Janne, a lifelong learner. My music studies have followed a very usual path – I started at a children's music school, followed by Viljandi Culture Academy, learning music. From there on I started to study a bit from here and there. While abroad I was interacting with various musicians, from them I learned their country's music, songs, and about pedagogy; participated in countless traditional music camps, both as a student and as a teacher; played in various bands; visited countless festivals, workshops, and courses. My journey has been rich. It has been spiced with music and culture from Estonia and of other nations’, which I have experienced and analyzed. I have been lucky.

You, be quiet: you can’t sing! You have no ear for music!

Within the last two years, working at the Estonian Traditional Music Center as the head of August Pulst non-formal education school. I have actively taken the role as a guide in the field of adult education in traditional music,

This is a completely new role, next to my previous roles as an observer, experiencer, learner, and teacher. Now, almost every day, I meet adults who have experienced humiliation in their childhood through sentences as simple as, "You, be quiet: you can’t sing!“ or „You have no ear for music!" I believe that everyone has heard these sentences in their lives and, unfortunately, many have experienced it as a target.

These destructive phrases have robbed tens and hundreds of children the joy of making music. Even now, as adults, they still don’t dare to make a sound. This realization has made me very sad and created a boiling motivation in me to break this myth and bring more and more adults with broken hearts into music, discovering the wonderful effect that music has on our brains, hearts, and relationships.

We listen to music every day. It's such a common part of our day, but many of us don't even notice that music accompanies us on every step of the way. However, we notice it as soon as the music is interrupted and is no longer there. Have you asked yourself "why do you listen to music?", or have you asked, "what would happen if I couldn't listen to music?". You can think about these questions yourself further. I believe that everyone will find their own answers.

Once you have found the answers to the previous questions, there are still just a few people who know what it feels like to play an instrument! Or, what kind of a powerful effect playing an instrument has on our well-being. There is also another big myth circulating - a fairly common opinion is that you only have to play the instrument in order to perform to others, and if you don’t play good enough, then there is no point in playing it at all.

Nowadays, many studies around the world have proved that playing an instrument improves cognition, develops coordination, and memory functions. Of course, it is ideal if learning starts as a child, but believe me if you have the desire to start with music learning, you can do it even as an adult with no previous knowledge.

Among Estonian traditional instruments are several archaic instruments and their primary playing techniques are suitable for every child and adult. One of these is, for example, the small zither, which is an instrument with 6-12 strings, ​​that is played in Estonia and in the Baltics and among the Finno-Ugric people. You can play this instrument quietly with your fingers and look for melodies; play great dance songs or play chords to accompany songs. This great instrument has also found its way into the education system through music classes of formal education schools. Therefore some happy children have the opportunity to learn this instrument at school. 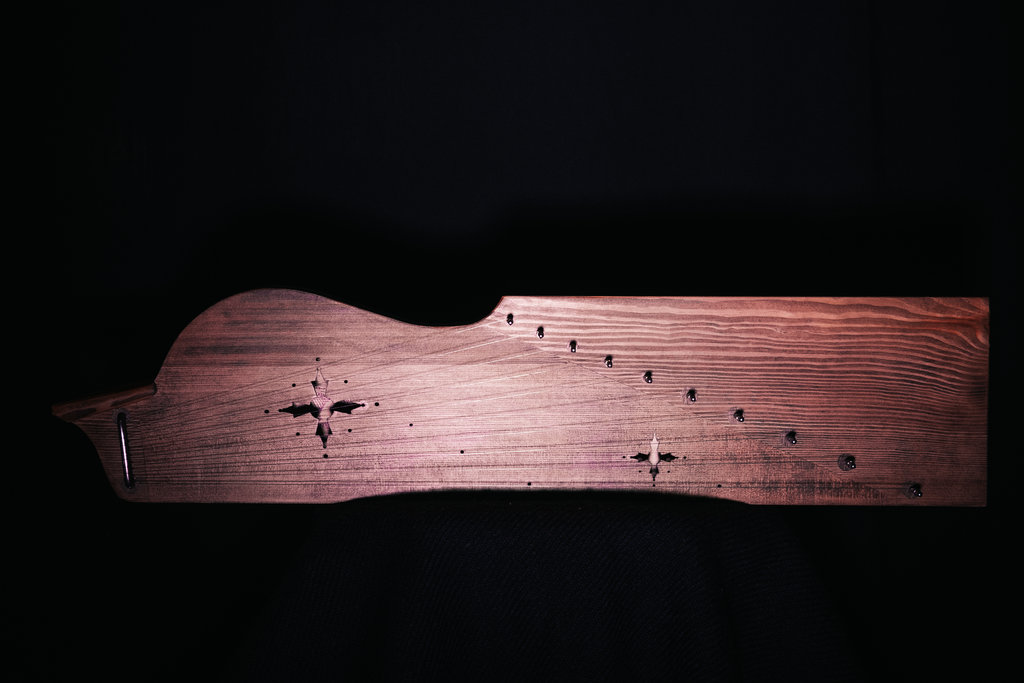 Wipe the dust off Grandpa's violin and get started!

Many of us have grandmothers, grandfathers, or aunts and uncles who used to play an instrument. In the past, not everyone had the opportunity to listen to the radio not to mention the music on Spotify or YouTube. At that time people had to do everything themselves. The musician was honored. Now when you find your ancestor's instrument in the closet, under the bed, or in the barn, it might be, that it won’t want to play music in your hands right away. Its a big help to take it to a repairman. There are many great masters (in Estonia) who can breathe life into your old instrument, and even if they can't do that, they have the skill to make you a new instrument. All the possibilities to start playing an instrument are available, just start!

Thank you and I hope I inspired you to get closer to music and playing instruments.

About Janne Suits:  For the last 20 years, the main direction in my life has been traditional music and all activities related to it. I have been working in Viljandi for 11 years, in MTÜ Eesti Pärimusmuusika Keskus, and I have been creating concert programs, developing, organizing, and conducting traditional music courses. As a trainer, my main courses, are related to the archaic folk instrument Hiiu zither and the interpretation and integration of traditional song games into the school curriculum. I am also an active musician, and I play folk and traditional dance music in the ensemble "Suits ja Kool".