Job automation and the future of education

More and more we can come across posts with headlines full of scary predictions telling us how, as a result of technological progress, a huge percentage of the workforce will be left out of work and that robots will replace us at our jobs in the near future.

While some people see these predictions as unfounded and sensationalist, or as part of a distant future, others warn that this "far future" is much closer than we think and that those who are unprepared for it will be hit by it the hardest.

One of the most cited studies dealing with the probability of job automation in the near future is a study by experts at the Oxford University named „The Future Of Employment: How Susceptible Are Jobs To Computerisation?” from 2013. In this study, the probability of automation for each of over 700 professions in the United States was investigated, in line with the existing technology of today which can replace people. According to the results of this study, as many as 47% of all employees in the US are at risk of their jobs becoming automated. If this figure sounds exaggerated to you, keep in mind that some other estimates indicate that in India this number is two thirds of the entire workforce, and in China as many as three out of four jobs are in danger of automation.

According to the aforementioned study, jobs with the highest risk of automation are, expectedly, those that involve many repetitive tasks, such as data entry or telemarketing. On the other hand, those least likely for automation are jobs involving a combination of interpersonal interaction and empathy and critical thinking, such as those of social workers.

Accordingly, low skilled and low paid workers, who are most at risk of being replaced by automated systems, will thus need to adopt new creative and social skills so as not to risk losing their jobs. However, there's a question of how many of them will be able to do so. Using data from this study, the Daily Telegraph made an automation probability list for each of over 700 researched professions.

Among the jobs that are in peril or will undergo major changes due to the development of artificial intelligence are rather unexpected ones such as lawyers, journalists, drivers, chefs, financial analysts, customer service officers, medical personnel, manual workers, etc. For some of them, simpler tasks within their profession will be taken over by artificial intelligence (for example, for lawyers it could be recognition of regulations relating to a particular case or writing standard contracts), while some jobs will be completely replaced by robots (such as drivers).

Some experts are quick to remind us that any industrial revolution has led to a loss of a large number of jobs, but has, at the same time, created many new ones, and that the net effect of automation on the number of jobs was actually positive. Others, however, warn that this wave of automation is significantly different from the previous ones, as the new technology in the form of artificial intelligence threatens to replace, as it is said, "not only physical strength, but also the brain."

The problem is that new professions arising from the growing use of technology require skills and knowledge that are not easy to "pick up on the fly" or at work. This creates a need to provide a high quality of education that will keep pace with technological advancements and market demands.

This, in turn, leads to more talk about the need for a new, fundamental change in the concept of education. Current education seeks to develop the so-called key cognitive skills in students - reading, writing and arithmetic. It is said that "smart machines" are already better than people (or the vast majority of people) at reading and arithmetic, while they are steadily catching up with people in writing!

Accordingly, the question arises - what are the areas in which people have a greater "comparative advantage" over artificial intelligence?

It is stated that jobs of the future will require three key elements: STEM education, creativity and emotional intelligence.

In the future, STEM (science, technology, engineering, and mathematics) education will be even more needed than today, as a large number of engineers, developers, technicians and managers will be required to deal with the production, maintenance and control of automated systems that will be taking over more and more of the simpler jobs. Even if most jobs in the STEM science field get taken over by artificial intelligence, people will still need basic knowledge in these areas to solve creative problems of a higher order and to ensure a successful functioning of the civil society.

Creativity is an ability that is generally considered to be an attribute exclusive to the human spirit. Nevertheless, the latest advancements of artificial intelligence in creative tasks are challenging this view. We are not talking about fine art here, a field which remains reserved for humans. However, if we look at a large number of artists who earn their living by designing jingles for advertisements, or some commercial, simplistic artworks, there is already an artificial intelligence that creates music for commercials, and one which can make a good drawing based on a word description.

In spite of this, we can say that the humans are still far ahead of artificial intelligence when it comes to creativity, imagination, intuition, persuasion and the ability to influence people's attitudes.

The skills of communication, cooperation, empathy and care about other people (collectively - emotional intelligence) are an important advantage of human beings compared to artificial intelligence. Although some believe that these skills can not be easily learned or taught in the classical sense, seminars and training courses in this field for employees are becoming more and more common, and there are many experts who advocate the introduction of emotional intelligence as a subject to be taught in schools.

At the end of the day, it's good to remember that automation frees people from working in dangerous, difficult and repetitive jobs, contributes to productivity growth and leads to greater welfare in society. How prepared current and future generations will be for the coming wave of automation depends primarily on the quality and relevance of education and training at their disposal. We can safely say that the discussion about the future of the job market comes down to a discussion about the future of education and training.

Obrazovanje i osposbljavanja u Crnoj Gori 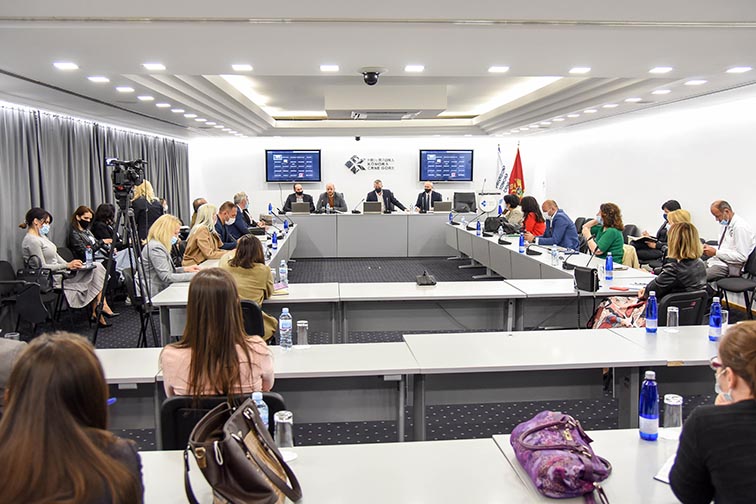