Training of employees to acquire additional knowledge and skills needed to their employer is a newly introduced measure of active employment policy of the National Employment Service (NES) in Serbia. The first year of its implementation, however, has shown that there is still work to be done, particularly on adjustments of formal conditions and better promotion of this measure, so it would produce significant results in the future.

Training of employees to acquire additional knowledge and skills needed to their employer is a newly introduced measure of active employment policy of the National Employment Service (NES) in Serbia. This measure for the first time appears in the official plan of the NES for 2018, and it is intended to provide state financial support for organisation of trainings for employees employed in private sector, in order for them to "acquire additional knowledge and skills which will help them to stay employed" with their employer.

In accordance with the Regulation on the rules for granting state aid, which sets out the conditions and criteria for the NES to participate in financing of these trainings, there is a distinction between special and general professional development. Special professional development is one whereby an employee acquires knowledge that is not or is "limitedly transferable" to other jobs (those skills that are specifically related to one organization or firm), and the NES can contribute up to 25% of the eligible costs in their financing. General professional development involves acquiring knowledge that is in great extent transferable to other businesses and business sectors, and the NES can finance up to 60% of their costs. In addition, a nominal maximum, which can be financed per participant, is set at 100,000 dinars (something around 850 euros).

Such a solution, where trainings with more general subjects and broader application are financed in greater percentage, is in line with some existing practices in EU countries in the field of workplace learning which imply to the role of the state in financing those forms of professional development trainings for employees that can contribute to the raise of the level of general competencies and employability of adults in one country. It is also in accordance with the principle that the state should encourage employers to organize those trainings for their employees that are not specifically related to their businesses, thereby sharing the costs of their organisation with them and also reducing the risk for employers in the case that employees who have undergone trainings decide to leave their jobs.

In addition, the Regulation also sets out the conditions to employers for applying for the funds (employers, and not the employees, can apply to this open call), which place some limitations, such as: the employer must belong to the private sector and have fulfilled all obligations towards the state; maximum of 20% of employees can be included in the training; employee must be employed for an indefinite period of time; at least 2 years after the training the employer is not entitled to lay off the worker; and finally - training can only be carried out by a publicly recognized organizer of adult education activities, i.e. licensed training contractor.

In line with the NES Work Report for 2018, the results of this new measure of active employment policy have unfortunately not been particularly impressive. In total, there were only 10 employers' requests for 71 employees, of which only 4 were approved for funding.

As the report states: "Despite the media promotion of the new educational program organized by the National [Employment] Service, there has been a poor response and interest from employers." One of the reasons for such a poor response from employers is stated as "unfavourable conditions for inclusion in and implementation of the program, especially in monitoring of contractual obligations". In other words, the excessive bureaucracy that accompanies realisation of this NES measure is discouraging for many employers to apply, and as mentioned, only 4 of the 10 applications submitted have passed formal eligibility. Furthermore, it is stated that due to the duration of the application process and its final approval by the competent Ministry of Labour, the implementation of these trainings did not start in 2018, which probably means that it has been delayed for 2019. In this regard, although the NES is constrained in its work by numerous laws and other by-laws that largely impose such procedural solutions, it is necessary to work with other institutional actors to reduce the necessary red tape and speed up the procedure, in order to make it easier for employers to decide to apply for this NES measure in the future.

In addition, as another important reason for the poor response it is stated "the lack of a developed network of publicly recognized organizers of adult education activities (PROAAA) - insufficient variety of training programs tailored to the needs of employers". In other words, employers are obliged that training for their employees can only organise in those organizations that are officially registered as PROAAA, or licensed training providers. The problem with this is that the status of PROAAA has only about 70 organizations across Serbia (the requirements for gaining this status are demanding and expensive), which greatly limits the employers when choosing training, especially if the training that is needed should include some areas of knowledge that are new, specific for a particular company or which simply do not still exist on the market.

At the end, it can be said that it is great that the National Employment Service in Serbia has introduced a new measure relating to on-the-job training for the private sector, thereby establishing a new practice which is in line with some EU policy recommendations on workplace learning. The first year of its implementation, however, has shown that there is still work to be done, particularly on adjustments of formal conditions and better promotion of this measure, so it would produce significant results in the future. 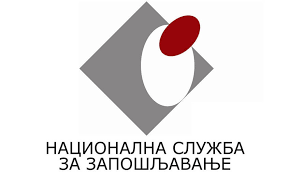