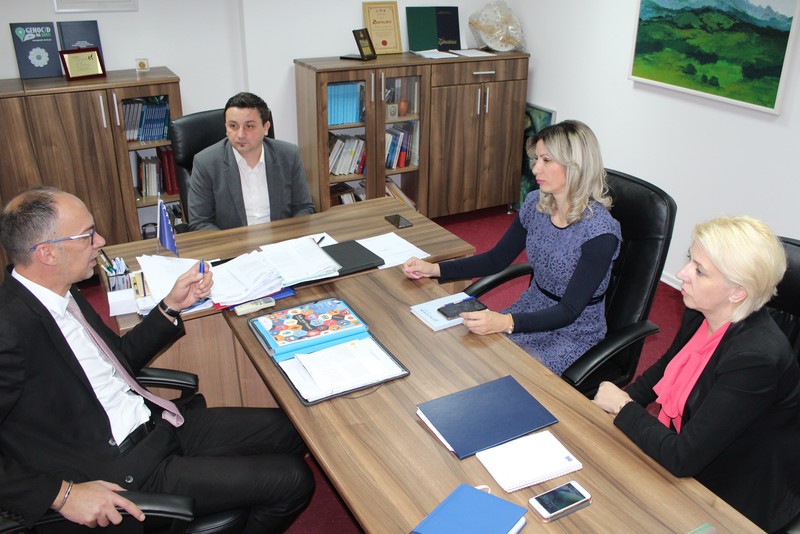 By adopting the Law on Adult Education in May 2013, Una-Sana Canton became the first canton in the Federation of B&H that legally recognised the field of adult education and started to regulate it. From then till now many significant moves forward have been taken and adult education has also practically become an equal part of the education system when it comes to this canton.

DVV International - Country Office Bosnia and Herzegovina will support the activities on improving this field in Una-Sana Canton in the following period. Activities planned for the year 2019 are defined in the Agreement on Cooperation which was signed on Monday, 13th of May, between DVV International and Ministry of Education, Science, Culture and Sport of Una-Sana Canton.

The Minister, Mr Damir Omerdić, therefore stated that adult education in the canton was still not on the satisfactory level and that they would tend to enhance it through implementation of the upcoming projects. Mr Omerdić particularly emphasized the importance of adult education for an individual and its adapting to the every-day social and technological changes.

Besides that, DVV International will in 2019 support the initiative of the Ministry to prepare and adopt a new Law on Adult Education as there are objective reasons and difficulties in the implementation of the currently existing one.

„After six years, we have noted that the conditions for changing the Law have been created and that it is necessary for the system to comply with the real labour market needs, but also in order to enable each individual in Una-Sana Canton to exercise the right to education whether it is for its personal or professional development.“ said the director of DVV International - Country Office Bosnia and Herzegovina, Emir Avdagić, PhD, during the signing ceremony. TV spot: RTV Una-Sana Canton

The agreement is part of DVV International's strategy and is in accordance with its aim of supporting adult education, inter alia, in transitional countries of Southeast Europe, Caucasus and Turkey.