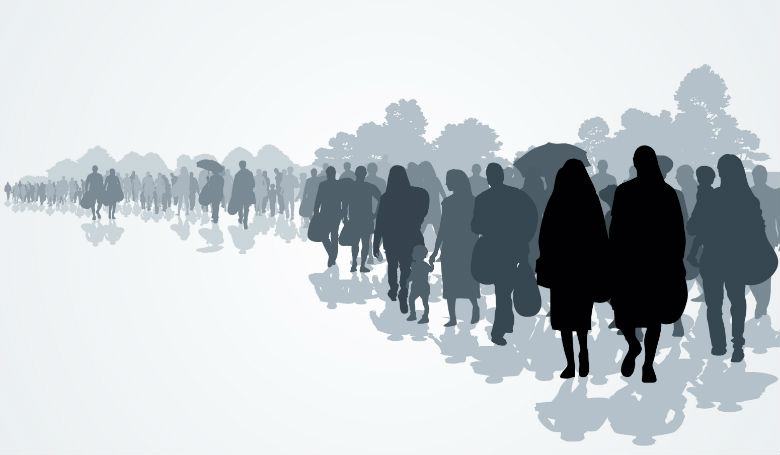 **This discussion is now closed. We'll be opening again tomorrow morning to discuss solutions the challenges highlighted today. Find tomorrow's discussion in the link below.**

The current migration crisis has emphasised the vital role of adult education in supporting the integration and skills development of migrants across the European Union.

In our three-day discussion, we’ll be talking about:

In this thread we’ll be talking about barriers. What have you found to be the biggest challenges for adult migrants accessing education, and are they different for newly arrived migrants and established migrant communities? We want to hear about what you think the most significant barriers are, from both a learner and an education provider perspective.

Thank you for your comments

Thank you for your comments today. We're closing this discussion now but we'll be continuing tomorrow when we'll be talking about the solutions to these issues.

We'll also be launching our Community of Practice on migrant education soon. If you're an expert in migrant education and are interested in moderating this area of EPALE, get in touch with us by emailing Helpdesk@epale-support.eu.

See you all tomorrow for the final day of the EPALE Migrant Education Week discussion!

Great inputs to the list, everyone, here is an update… (This is mainly about obstacles faced by migrants, rather than barriers related to service provision)

Dear participants, thank you for your precious insights and for sharing your knowledge and expetise with us today. I am going to refer back to the list of challenges gathered by Andrew and continued by Aaron as they refer to all our points:

I would also personally add that global and bilateral dialogue is a challenge that needs to be considered, because dialogue between nations, continents and regions builds global cohesion and this can be a good incentive for social cohesion. However difficult these challenges, we do have many role models we can look up to, including colleagues all over the world who are doing very good work. Let us improve the world together. Thank you all!

Can anyone identify with this?

Formal learning environments can sometimes result in this:

A tool developed BY students FOR teachers / teacher educators based on the principles of Assessment for Learning (AfL) http://www.nuffieldfoundation.org/assessment-reform-group

I almost forgot one more obstacle Migrants are facing: Their own habits and perception of a school system :)

My wife told me last week, she had several refugees coming to her regarding future language trainings and when she asked them for their vouchers issued by the Employment Agency (worth 600 hours of training and thus several Thousands of Euros) they had it somewhere between 14 other sheet of paper, with breakfast markings and so on... They didn´t realize that this is a very important, "one time only"-issued permit for these Integration Trainings and deal with it in a very careless way. The same goes sometimes for other important documents handed out to them in the refugee shelters.

I am not generalizing this issue (there were equally much who had everything in perfect order and were very kean to start and get to University for instance) nor neglecting the probable majority of Migrants who realize the value of learning, but some of them certainly need some general help and a lot of explanation on how and why a school system in Europe works...

Same goes for the project ABuD which I mentioned yesterday: For 2 of my participants it was unimaginable that in Germany they DO need a proper VET training for at least 3 years in order to be a, as they called it, "simple plumber"... It hurts me always crushing dreams of a quick employment, but fact is, other than the US where you might just try yourself in certain jobs and then stick with them if it works out, in Germany everything is very regulated (as you would expect :D) and this makes it very hard to start working right away. And with all those papers gone missing in war zones (on top of any questions regarding equivalency), it is hard to assess their knowledge. In order to integrate them into a VET system though, we´re back at square one with the need for language training.

Yes, Roberto! Our own habits,

Yes, Roberto! Our own habits, perceptions and experience of what 'school' can mean in practice can often represent a huge 'invisible barrier' - as well as a lifetime's work to overcome!

I was hearing from an Austrain organisation that their way of dealing with qualifications recognition  in vocational work is to do an assessment and provide feedback on the courses one needs to do to obtain a recognised qualification. In Malta working is easier than taking up education and learning. First because anyone can work as long as they get a work permit (non EU migrants need employers who are ready to advertise and employ them if there are no national or EU workers for the job).

Many of course work precariously without work permits, but these are not simply refugees. Secondly, there are a lot of challenges tied with both the worldview of certain groups of migrants, and their own development backgrounds. Some people may be highly unaware of important, formal matters. Others are simply out of touch with certain issues.

A migrant friend of mine for example was recounting how in his community he was noticing how people who have fled the war were showing no concern for others. He noticed that they didn't help the community, they were very unemotional about the problems of others, and they showed lack of concern for what was physically happening in front of them. However this is just one particular community. In another community I myself have experienced the situation where I want to connect a migrant to their community and they refuse, owing to such a high level of distrust and fear. In other communities however solidarity is so strong, that people sometimes feel more supported than some local persons.

In any case, what we can look for is a way to address issues that increase vulnerability and decrease resilience - and how our programmes address these important factors.

What about the use of CEFR? (Common European Framework for Languages)

Another problem Germany is currently facing is the lack of professional and highly qualified language teachers who are able to provide language skills not only on communicative level but profound language knowledge which is vital for getting into a vocational educational training, studying at a German university or pursuing a professionnal career in case of qualified specialists coming to Germany. In Germany, you need to provide a graded language certificate (at least at the B1 level of language proficiency) for getting into a vocational education,  a B2/C1 certificate (depending on the subject) for going to the university, and you definitely need language proficiency at the level C1 and higher for working in a German company/institution/hospital, etc.

Unfortunately, the quality of language classes offered by educational insitutions has started falling recently, as shown by the students' evaluation of teachers as well as by the results of official graded tests after completing each language proficiency level (A1-B1). This problem has arised since insitutions are “forced” to open up more and more classes for providing the so-called integration courses for migrants (A1-B1) and start neglecting the quality control of the hired teachers.

MCAST says no to gender-based violence: 16 days of activism

END_OF_DOCUMENT_TOKEN_TO_BE_REPLACED

FUTURE: the project for an innovative adult training culture

Social inclusion of the ageing population: summary of the discussion's contributions