The blog offers unexpected gems from the film world that deal with work and education. Its goal is to inspire people to browse and reflect. 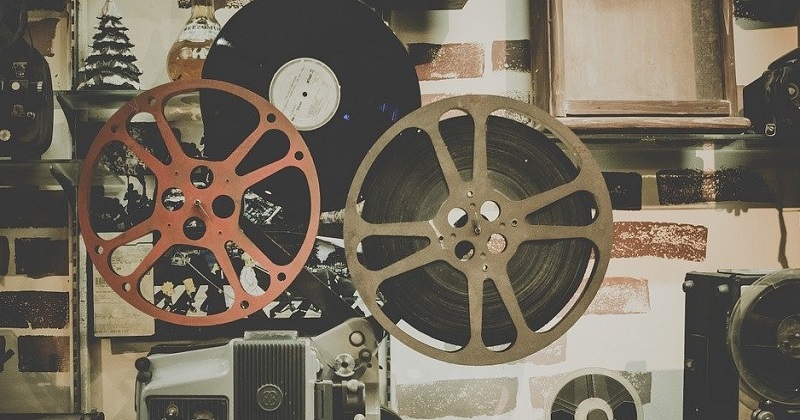 “When a film lover who researches vocational education and labour markets and a documentary film-maker who focuses on the topic of work get together, a blog like this or similar activities are the inevitable result,” explained education and labour researcher Jörg Markowitsch. The blog run by him and film director Konrad Wakolbinger, Work-O-Witch or WOW for short, pursues the goal of illustrating the diverse aspects of the working and educational world using films and photos. According to Wakolbinger, the first lockdown and the resulting relief from other obligations were the primary factors that contributed to the creation of the blog.

In My Blood It Runs: A portrait of basic education among indigenous peoples and an alternative understanding of education

One blog post written by Jörg Markowitsch is dedicated to the 2019 film In My Blood It Runs (Maya Newell), which portrays the lives of an Aborigine boy and his family and takes a critical look at the handling of the indigenous population in the Australian education system.

The feature documentary centres around the 10-year-old Dujuan, who gives a speech in front of the UN Human Rights Council and demands the Aborigines’ right to their own understanding of education and educational institutions that are oriented towards this understanding. Accordingly, the film also deals with the differences between the education that the state deems to be important and the values that are imparted in the education of the Aborigines, which are very nature-based, for example.

Markowitsch examines the question of whether and to what extent such an understanding of education can find a place in the homogenised and global transfer of knowledge that is preferred today in national education systems in particular. According to him, the film fails to provide additional details for a concrete alternative to the currently prevailing view of education – but it does show that indigenous knowledge is largely ignored although it would offer valuable insights for the fight against environmental catastrophes, for example.

The blog also discusses films that deal with supernatural themes and present visions and ideas for a different kind of professional and working world. One of these is the Swedish film Border, which was released in 2018. The main character, Tina, has a heightened sense of smell that allows her to detect emotions such as fear, shame, and guilt, and she works as a customs agent. Along with the question of how superhuman abilities can impact how people get by in the “normal” working world and what advantages and disadvantages are involved, the film also examines gender identities, writes Markowitsch in his post about the film.

“A place for browsing and reflecting”

The blog operators are not looking to initiate technical discussions. “Our goal is more for the blog to introduce readers to unexpected gems that are stimulating and rewarding. It’s a place for browsing and reflecting,” emphasised Markowitsch. Colleagues from the field of education and labour market research currently write for the blog, as well. However, the hope is that people from educational and career counselling and from the film world will also contribute in the future, explained Markowitsch. Wakolbinger stressed that, “As long as there is a connection between the ‘medium of film’ and the topics of work, education, and career, everyone is welcome to participate.”

According to Markowitsch, particularly documentary films and socially critical feature films are very similar in approach to political adult education. Wakolbinger added that the historical workers’ film movement and labour film festivals have been and continue to be particularly important for critical adult education. Readers can also find information about film festivals, archives and film collections, magazines, and books on the blog.