When the city meets the prison

A journey that in 20 years has led to a political and territorial coordination to relocate the prison in the city.

*This blog was originally published in Italian by Alessandra Ceccherelli and has been translated by EPALE Ireland.*

In Ferrara, a journey that has lasted more than 20 years has made it possible to build a dialogue between different institutional players to re-establish relations between the prison and the city. This journey has made it possible to overcome a situation where, while the presence of various initiatives was positive, they were also extemporaneous and often disjointed, since they were carried out outside agreements or a shared planning framework. The formalisation of rules has enabled the different players in the area to act according to shared procedures and regulated by forms of agreement, assuming their responsibilities. Vito Martiello from the municipality of Ferrara recounted the story in his speech at the EPALE seminar in Bari.

Vito Martiello is the head of the Health and Social Planning Office of the Municipality of Ferrara. His presentation at the EPALE "Beyond prison" seminar reconstructed the history of the journey that in 20 years has led to a political and territorial coordination to relocate the prison in the city. We are publishing the text of the presentation here. 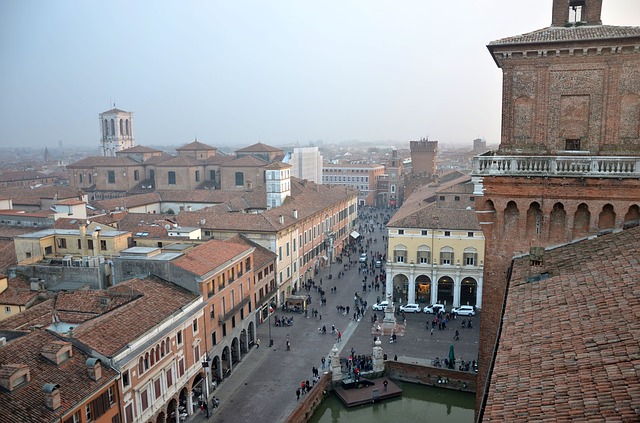 Ferrara is a Renaissance city in Emilia Romagna and home to 133,000 people. The original prison was located within the city walls (via Piangipane) and was built in 1912 and used until 1992. It held anti-fascists and, after 8 September 1943, also resistance fighters and citizens of Jewish origin, including Matilde and Giorgio Bassani. Today it houses the National Museum of Italian Judaism and the Shoah.

The new prison "Casa Circondariale Costantino Satta" was built in 1992 and is located in a suburban area. The inmate population is 357 (about 40% foreigners). Before the earthquake it had reached 500.

In theory, all the conditions and all the players are in place to initiate dialogue and a rapprochement between the prison and the city (the Director at the time always reiterated the concept that the prison had been placed outside and away from the city).

But reality tells a different story and times are longer.

In addition to the documents and commitments signed, resources are needed to launch the attempt to "Relocate the Prison to its City". There is a need to establish relationships and build a rapport, through knowledge, based on mutual respect and trust, even in the rigidity of rules and behaviours consolidated over time. There is a need to establish a relationship between two entities that should then be explained to the community (the Prison involves issues related to justice, punishment, security, victims and their families) all topics that should not be removed and should be explained in discussions with those who ask and want to know why resources are spent on prison and prisoners. In other words, you have to explain the reason for doing it!

Then there is the resistance and mistrust in opening the gates to so many other people who professionally and voluntarily wish to work in prison. In addition to the prisoners, there are different ways of understanding the prison, in the management, the prison police and the educational staff, and it is very clear that it is necessary to relate to everyone, very carefully and without any preference.

Starting with mobility and road traffic, the bus route and bus stop with a shelter and safe access to the facility were the first signs of connection.

Then in 2005, there was a real turning point with the entry of the third sector and the technical and economic support of the Volunteer Service Centre into the Committee and the start of shared planning of annual interventions, included in the Social and Health Plans (with municipal and regional economic resources). The Local Committee implements all strategies for the improvement of the relational context within the prison and the intensification of relations between prison and society, with the aim, above all, of facilitating the reintegration of people into society at the end of their sentence.

This is achieved by starting from a more governed and regulated context, in which the collaborative relationships and responsibilities of each actor are better defined. This is accomplished by setting up training-information courses between prisons, institutions and the third sector, which provide everyone with a greater mutual knowledge (laws, rules and regulations, needs to be read and interpreted, definition of economic and human resources, etc.) and the definition of collaboration procedures that become official, starting from the verification of the application of the tools already available, such as the Memorandum of Understanding between the Regional Superintendency of Prison Administration of Emilia Romagna, the Regional Conference of Voluntary Work and Justice and the Region of Emilia Romagna (signed in Bologna on 1 December 2003).

This journey has made it possible to overcome a situation where, while the presence of various initiatives was positive, they were also extemporaneous and often disjointed, since they were carried out outside agreements or a shared planning framework. This overcoming was achieved through the formalisation of rules enabling the various players in the area to act according to shared procedures and regulated by forms of agreement, with each player assuming their own responsibilities.

Broadly speaking, work was set up and shared on a number of directives relating to:

work and vocational training: the "RAEE (Recovery of Electrical and Electronic Equipment) in Prison" project was launched (dismantling tons of white goods); vegetable gardens, green areas, the cultivation of several hectares of land; computer, cooking and baking courses. Now there is the 'Dimittendi' project, linked to work and housing for those who get out and have no solid references;

workshops and sporting activities: the Teatro Nucleo with Horacio Czertok; editing the ‘Astrolabio’ newspaper; painting, DIY, photography course; sporting activities with the UISP (Italian Association for the promotion of sport), the gym and boxing with the Italian National Olympic Committee and the Duran brothers;

health care: in accordance with Law no. 740/70, the continued presence of a medical officer and a 24-hour on-call service with six doctors. Continued specialist care within the institute for the following areas: cardiology, dentistry, infectious diseases, ENT, dermatology, psychiatry and neurology. Maintaining a medical officer, also known as an occupational physician, in the prison. Maintaining assistance to drug addicts through a Drug and Alcohol Addiction Service (Ser.T) team, with a cost commitment also from this Administration. Maintenance of an on-call nursing service with seven nurses employed by the Local Health Authority. Implementation of a contract for the supply of medicines. For problems that cannot be dealt with internally, the local city hospital will take care of them in accordance with Article 11 of Law 26/07/1975, no. 354;

raising awareness in the city: relationships and initiatives with schools inside and outside, the "Citizens always" project, shows at the magnificent Municipal Theatre and indoor shows with external participation, exhibitions of paintings by prisoners, public meetings, etc.

On 4 June 2007, a municipal resolution, later also adopted by the province, established and regulated the figure of the Guarantor of the rights of persons detained or deprived of liberty. 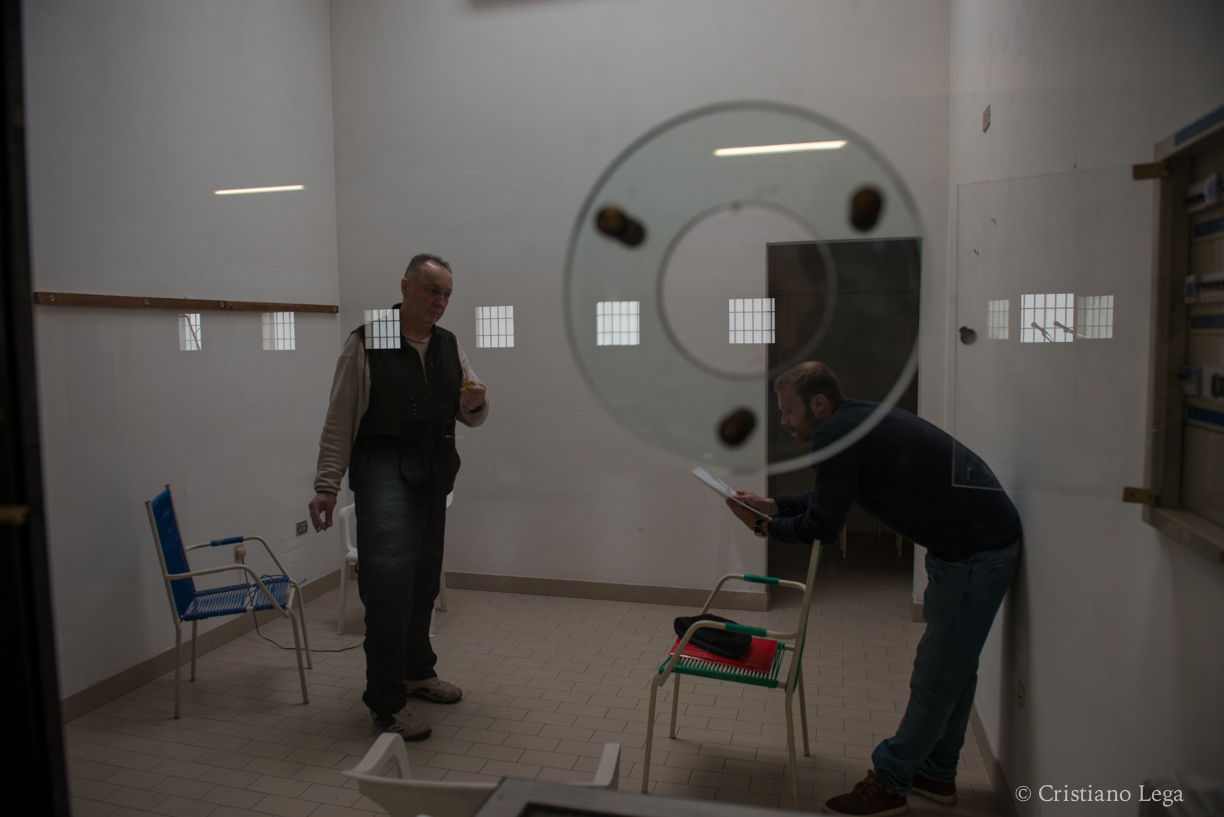 The planning of the annual interventions, included in the social and health plans (with municipal and regional economic resources) and a practice of almost daily reports, made it possible to enhance all the initiatives and, on the other hand, to build and systematise a planning framework shared within the Prison Committee and included in the social plan of the area, which gathers and makes all the initiatives implemented consistent.

Despite the difficult situation in the national and regional penitentiary system, in Emilia Romagna a high level of cooperation between the Region, the Penitentiary Administration and the Local Authorities has been in place for years. This is because we are convinced that this is the only possible way to actually make it a place of re-education and social reintegration as provided for by the Penitentiary Ordinance. 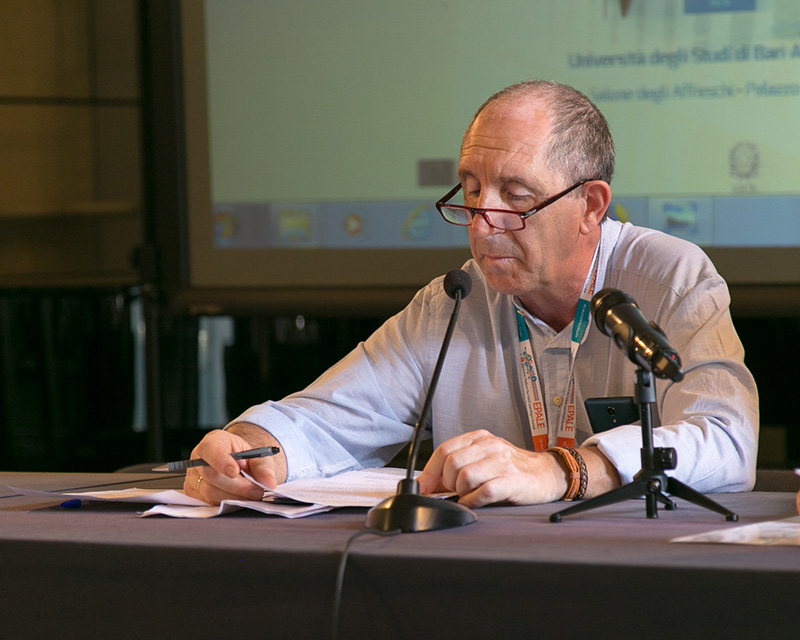 I first accepted Horacio's friendly invitation and then his formal one to take part in this initiative [the EPALE "Beyond Prison" seminar, ed], because I wanted to tell a simple story (I am sure that these initiatives take place in many parts of Italy) about one of the social activities I have been involved in during my working life, which has come to an end (the end of my sentence, my friends would say) after years of service. I worked for many years in the social intervention sector of the Municipality of Ferrara, and today I also wanted to pay tribute to the effort and the determination of successive administrators and managers for wanting to think and operate in the social sector in this way.

Together with my colleagues in the office at the prison, I dealt with disabilities, nomads, foreigners and more. I always kept in mind that my work, our work, concerned real people, bearers of complex needs that could not be solved by the issuing of a document, a certificate, a phone call or a referral to other services.

I have always worked with the awareness that people's lives are a sum of dreams and needs and that they intersect with different spheres: health, work, culture, social, and so on.

For each of these areas, in our cities, there are health services, social services, cultural, sporting and recreational organisations, businesses and so on. Together, they must help to shape the policies of our cities, to make choices together, always taking the needs of people as the starting point and the well-being of the whole community as the objective.

This way of understanding the organisation of a city can help us to plan and invest, beyond the response to emergencies, in the direction of a more global growth of the social fabric and an articulated and long-term response to the problems that arise.

"It must be considered that ''social'' aspects should not be sacrificed to social services. “Social” is not just a mean, a working tool, an adjective for our services and initiatives. For us too, “social” is the horizon, the goal, the dream of a 'socialised' society, the outcome of our programmes and projects. We need to take responsibility for socialising our communities, increasing the quality of life, promoting social cohesion and mobilising solidarity-based human resources."

There is a social aspect that cannot be limited to the technical dimension, i.e. the management of services, but that creates relationships and social quality. A renewed social culture challenges all citizens to "think big" and to commit themselves to building the human dignity and happiness to which each and every one of us is entitled in our daily lives.

We must work to bring together worlds that are working separately, legitimately separately, but which must learn to see not only 'one thing', their task or their 'mission' as 'good', but also to begin to see the development of all areas as 'common good'. They must see a common good to be built together.

I hope I have made my small contribution.

How can we reach teaching excellence?

Student-centred Teaching Methods for the Development of 21st Century Skills