Search for an ancestor in France

The Historical Association of Northern Mazovia (Stowarzyszenie Historyczne Mazowsza Północnego) conducts genealogical workshops, which developed interests and passions regarding the creation of family archives. Many participants found French among their ancestors. It turned out that after the Napoleonic Wars, many French emigrants and refugees settled in the territories of the Northern Mazovia. Therefore, there was a problem of how we can acquire international competence in the search for genealogical ancestors of Polish families in France. It was possible thanks to implementation of  international project for the staff of the association entitled “Search for an ancestor in France”.

The Historical Association of Northern Mazovia (Stowarzyszenie Historyczne Mazowsza Północnego) has implemented a project in the field of international non-formal education of the staff of the association entitled “Search for an ancestor in France” (“Szukaj przodka we Francji”) as the statutory goal of international adult education.

We previously conducted genealogical workshops in the Northern Mazovia, which developed interests and passions regarding the creation of family archives. Many participants found French among their ancestors. It turned out that after the Napoleonic Wars, many French emigrants and refugees settled in the territories of the Northern Mazovia. Therefore, there was a problem of how we can acquire international competence in the search for genealogical ancestors of Polish families in France.

We wanted to introduce French-quality genealogy research that is innovative for the association. We were able to obtain the above competences through learning French and job shadowing of the work of French genealogists. The project was implemented in France and Poland from 01/10/2019 and ended on 31/12/2020. We went to Collége de Paris in the second half of January to study French in the field of archival and genealogical topics. The studies lasted 10 days, 6 hours a day. In the afternoons, we got to know the Paris archives, libraries and museums in the activities of our project. We implemented a French language course at the Collège de Paris, which overcame the language barrier of the association's staff. We got to know cultural institutions in Paris: Lettres Sorbonne Universite, Service Historique de la Defense, Bibliothèque Nationale Française, Archive Nationale and Fundaction Napoléon.

In the second half of July, we went to the Musée Chateau de Montrésor, where, as part of job shadowing. We observed and participated in the research work of archivists - French genealogists for 10 days. Genealogical research showed that the French newcomers in Poland developed the humanities, natural and technical sciences, etc. In Poland, devastated by wars, the French formed an elite who guaranteed the country's economic development. In turn, many Polish post-uprising emigrants settled in France and the French are also looking for their Polish ancestors. That is why our cooperation is so important, because we show immigrants and refugees on the Polish and French side. We show historical tolerance for the national and cultural melting pot. We also gained competences in the field of knowledge and work skills of a French genealogy researcher. Franco-Polish cooperation resulted in the creation of a base of French soldiers who chose Poland, including the Northern Mazovia, for their further life.

The subject of genealogy in France is at a very high level and very popular among adults and seniors. We wanted to instill the same in Poles. We conducted three webinars “Search for an ancestor in France” (“Szukaj przodka we Francji”)  in  November 2, 9, 16, 2020 attended by archivists, librarians, teachers, priests, members of non-governmental organizations and family genealogy enthusiasts in the number of 60 people from the Northern Mazovia. The interest in our three webinars resulted in invitations to further face to face consultation meetings on Skype, Zoom and Microsoft Teams for adults, the disabled and seniors in the Northern Mazovia. Permanent post-project results in the form of webinars, publications, photo reports and presentations were permanently posted online: on EPALE, YouTube, the association's website and fanpage Facebook profile. Thanks to these, we were able to popularize the international development of passions and non-formal educational interests at all stages of life. We wanted to inspire our audience to learn throughout their lives, which will contribute to their openness to Europeanness. 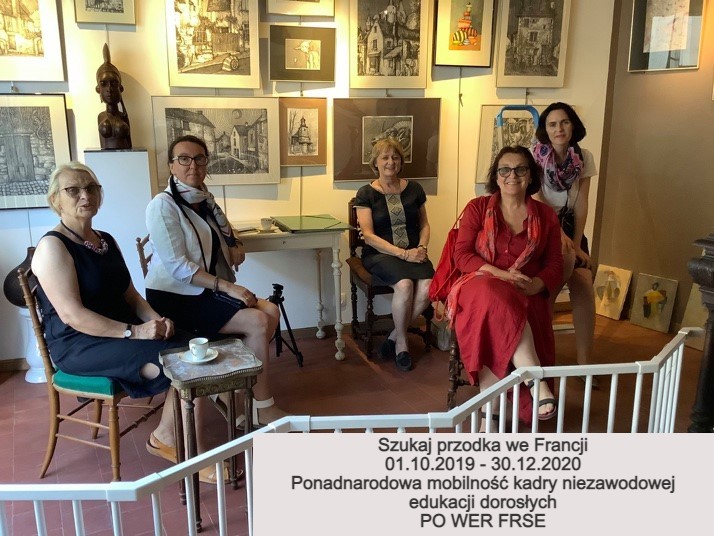 New public consultation on a European approach to Microcredentials