How can child abuse be prevented? Adult educators and people whose job it is to protect children have created an artistically ambitious “serious game” as a new means of preventing child abuse. An online platform aims to provide basic behavioural guidelines and information on sexual violence to all those who are in close contact with children.

At the project’s kick-off meeting in the Sicilian capital Palermo, the city’s ombudswoman for child protection, Angela Errore, illustrated just how serious the issue is: 20 years ago, here in the host partner’s own district, one of Italy’s most notorious abuse scandals was discovered. 120 families had sexually abused their children, filmed the abuse and disseminated the videos. The films are still in circulation and the perpetrators are still based in the region. As for the victims, most of them have become perpetrators, too.

Learning platform based on the gamification principle

For the eight participating partners, the launch of their project could hardly be more urgent. Their plan is to develop a learning platform based on the gamification principle, which is above all aimed above all at people who work in a non-professional context with children and youths. The visual elements are an important part of the project, which is entitled “STOPP! Preventing the sexual abuse of children: New methods, content and approaches within a European context”. The learning platform will incorporate artistic high-quality illustrations, some of which will be animated. A selection procedure is under way to find suitable artists.

The initiative for the project comes from Dr. Michael Sommer, who works at the Akademie Klausenhof [DE], editor of the adult learning magazine “Erwachsenenbildung” [DE]. “Sexual violence can occur anywhere: at a camping site, on a school excursion, in the Church’s preparatory classes for confirmation. We want to help ensure that preventative work reaches not only skilled workers, but also those involved with children on a non-professional basis.”

Alongside the Catholic Akademie Klausenhof, which is coordinating the EU-funded Erasmus+ project, a Catholic umbrella organisation from Romania (Pro Educatione) and one from Hungary (KIFE) are also participating in the project.

Material for training and conferences

The learning platform focuses on six aspects relating to child abuse. Alongside basic information on sexual violence, these aspects are “Victims”, “Perpetrators”, “Institutions”, “Interventions and acute reactions”, and “Strengthening the position of children”. By means of vivid and practical examples, tasks, statements, videos, background information, etc., the intention is to raise users’ awareness of the topic and help them to behave appropriately in relevant situations. The learning platform is also intended for use in training courses on the topic. The trainers of such courses will receive additional material, such as suitable modules or handouts for workshops. The development process is expected to last around two years, at which point the plan is to hold conferences on the topic of child abuse in a European context in all participating countries.

First Europe-wide project on the topic 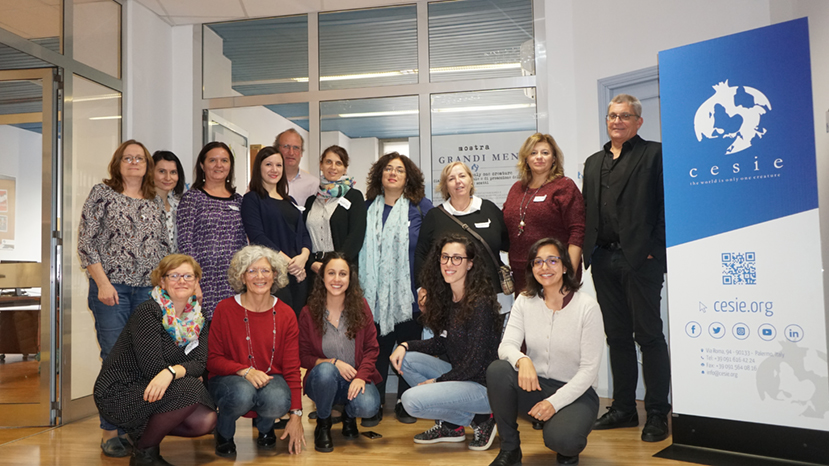 The project is the first comprehensive, Europe-wide project of its kind in the field of adult learning. The Polish Empowering Children Foundation, whose approximately one hundred employees work to prevent sexual violence in Poland, is playing an important role in the project. The Austrian company Die Berater is responsible for developing the platform’s programme. Other participants include Magenta from Spain, which focuses on preventing violence against women in that country, the Greek adult learning institution Active Citizens Partnership, and CESIE, host of the launch meeting in Palermo – an adult learning and project organisation which has made a name for itself in the areas of unemployment, the prevention of violence, migration and child protection in particular.

About the author: Dr. Michael Sommer is a journalist and was a research associate in journalism and pedagogy for five years. Since 1993, he has been a journalist and press secretary for the Akademie Klausenhof and the Catholic Adult Education of Germany (KEB), and editor-in-chief of the “Erwachsenenbildung” magazine. He is also involved in media-pedagogical education and is active in European projects. He is also an EPALE ambassador.

The challenge of plain language: Adult learning for people with reading problems?

Bart Siekman: people need to be motivated in order to learn successfully

SOLIDARITES TARAVO: Supporting a community in Corsica through employment.

Are you a teacher, an educator or a trainer? Discover the E-VET project to improve soft skills!

Create the future leaders & innovators in the classroom – Online