What progress was made in the European “Media Literacy for All” programme between 2016 and 2021?

The European Union's Information and Media Literacy group (IML) met on 26 March 2021 after more than a year's hiatus due to the Covid-19 crisis. This

The European Union's Information and Media Literacy group (IML) met on 26 March 2021 after more than a year's hiatus due to the Covid-19 crisis. This was an opportunity for Savoir*Devenir to take stock of the five years of the “Media Literacy For All” programme, launched in 2016, and which ends in 2021 (https://ec.europa.eu/digital-single-market/en/news/2018-2019-call-propos...).

I. 18 projects, and as many different visions of the IML

The 18 projects selected (from a total of 94 submissions) under the DG-Connect call for projects are similar to Erasmus+ projects, in that they target awareness-raising and training actions for young people and adults, address all kinds of actors and require several partner countries, but they are shorter, lasting only one year, and encourage capitalising on existing resources or innovations. The YouCheck! project, for example, was based on the InVID-WeVerify browser extension for image and video verification, created by researchers in the framework of the H2020 InVID project for journalists, and adapted to the needs of other professionals, in particular researchers, teachers and youth trainers (project-youcheck.com).

These projects are to be seen as "sensible" practices, a term to be preferred to "good" practices, because it is not a question of giving out points, rather of evaluating the impact and the possibility of transferring the actions carried out. It is thus possible to evaluate them on the basis of the epistemology of Media and Information Literacy (MIL), namely a balance between pedagogical practices and public actions, between protection and participation of citizens, all based on indivisible human rights (notably freedom of expression, privacy, participation and education).

Overall, the projects respond to the EU's explicit request for a democratic rallying call to fight disinformation (infox, conspiracy theory, propaganda, hate speech, etc.), coupled with a desire to promote critical media literacy. It is interesting to note that some projects rely more on creativity than on direct appeals to citizenship. Most of the projects are digitally based and use data to process media.  Many operate in a hybrid mode, i.e. with online resources and training, but also seminars, workshops and exhibitions in person. Many offer deliverables in both traditional formats (manuals, guides, resource sites) and innovative formats (toolkits, apps, serious games, data visualisations, deepfake detection, social media campaigns).

II. Dusting off the IML, accelerated by the disinfodemic

The proposed projects show a successful geographical spread, with promoters from 11 EU member states, with all 27 countries being part of at least one project, and a range of 3 to 8 countries per project. Linguistically, a great diversity was achieved, with 4 to 8 languages per project. The themes covered range from developing a critical eye for information, to empowering citizens to uncover disinformation, and supporting fact checking activities. The target audiences for these projects are mainly young people (12-18) and educators, but also senior citizens, migrants and influencers, not forgetting journalists who are considered to be lacking in IML despite their profession.

In terms of impact, according to DG-Connect, the projects have contributed to the creation of innovative partnerships, with actors from the voluntary sector, education, academia, mass media and social media. They demonstrated all kinds of active pedagogies designed to build fact-checking skills and to produce counter-discourses that combat disinformation.

More broadly, for Savoir*Devenir, these projects have helped to modernise the IML and demonstrate its social utility. They were boosted firstly by the need to respond to the democratic risk to information integrity posed by disinformation, following the US presidential elections and the Brexit referendum. Then, from 2018 onwards, at the halfway point, they had to adapt to the lockdown due to the Covid-19 crisis and the disinfodemic, often by going into hybrid or fully online mode.

These projects use transliteracy, a theoretical and practical approach to IML that highlights the combination of the three information cultures: information as news, as document and as data.  Beyond their focus on all aspects of disinformation and how to fight it, they open the way to all kinds of issues with new and transferable methodologies. Many of them have promoted creative thinking, not just critical thinking, including those that have focused on visual literacy, such as Youcheck! This is being extended by YouVerify! in 2021-22 to provide a Massive Open Online Course (MOOC) on "Disinformation from A to Z" and a serious game with missions related to visual literacy, which is important to master on news sites, video streaming platforms, social media and on all types of screens.

The limitations of these projects are that they focus mainly on democratic risks, potentially to the detriment of a more hopeful vision of IML that is able to seize opportunities in digital technologies to become part of cultural actions. They also point to the weakness of independent third party evaluation, which is similar to other sensible practices in many European programmes and projects to date, a weakness that is likely to hinder their shift to a national or even transnational European level. They highlight the need to try to include more researchers and academics in partnerships, so that evaluation is considered right from the project design stage.

III. The future: opportunities for adult learning and participation in projects

These limitations may be overcome by the public policies of this new decade, which is favourable to IML because its financial monitoring will be more stable. Its funding has indeed been transferred to the Creative Europe Programme (2021-2027), and therefore falls under the cultural and creative industries (including gaming, AI, Virtual Reality, etc.). Projects can be longer in duration (not just one year) and more significant in terms of budget and the number of partnerships. This is another way of presenting the benefits of the IML to policy makers, including possible cultural and industrial spin-offs.

For EPALE members who are interested in submitting projects, particularly in adult education, several opportunities are available from 2021, in addition to Creative Europe. Two other programmes deal with IML themes, the Digital Europe Programme and Horizon Europe, with relevant opportunities for those who have an interest in IML.

The three European programmes that may support IML

Digital Europe has a number of cultural objectives, particularly in relation to heritage and the arts. It incorporates Safer Internet and Data Spaces Media that could become IML third places, where practitioners and teachers will be able to work in collaboration with journalists. It also includes EDMO, the European Digital Media Observatory, which oversees national or regional hubs (https://edmo.eu/2021/02/23/media-and-information-literacy-our-next-steps/)

Horizon Europe focuses on research and presents two clusters in particular where IML is used. Cluster 2 is concerned with inclusion and the use of media for democracy, including the role of perceptions, emotions and traditions. Cluster 4 focuses on disinformation, the role of AI and New Information Technologies, gender and belonging, and improving trust in information  SHAPE  \* MERGEFORMAT

In addition, we mustn’t forget the cross-sectoral dimension of the EU and the links between DG-Connect and DG-EAC, to which EPALE is linked in the framework of ERASMUS+. The Commission recently set up a working group to define "common guidelines for teachers and educators to promote digital literacy and combat disinformation".  Savoir*Devenir is part of this group and strives to highlight that digital culture is largely composed of the three information cultures (media, documents and data). To be continued!

Maltese as a foreign language educators’ acquisition of intercultural capabilities 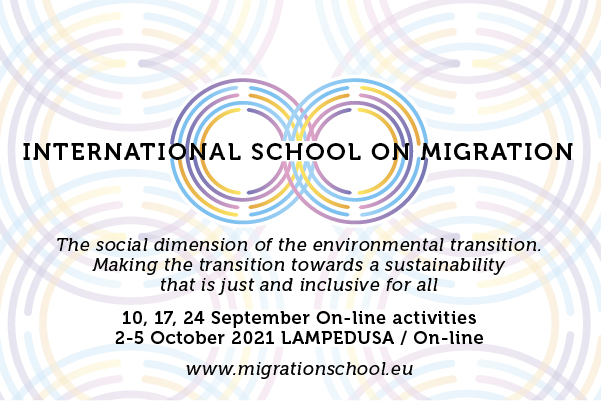 International School on Migration, social inclusion and the ecological transition