Knowing the project was useful for all participating parties is the most important outcome.

In 2007, I started working within the ALE sector and found it interesting. I had been studying HRM with an emphasis on competence development. With some side springs, jobwise, I returned to the ALE in 2017 and became the managing director of Starfsmennt. The public sector is going through changes due to digitalization, and I want to tell you a story of a win-win-win project where we used Validation of Prior Learning (VPL).

Let me take you to a small village called Skagaströnd in the northern part of Iceland with only 470 inhabitants and a workplace with 25 employees. This workplace is one of the offices of the Directorate of Labour in Iceland and is, like many public workplaces, undergoing development due to the digitalisation of certain work tasks.

The digitalisation is affecting middle jobs, as the polarisation of jobs tells us, where the simpler tasks are being automized, and the more difficult tasks are left for the human mind to deal with. So, we need to find ways to provide the right training for the workers to prepare them for taking on more complex tasks. In 2019-2021, Starfsmennt, the Educational Training Centre for Public Employees, participated in a pilot project initiated by the Education and Training Service Centre (ETSC) in Iceland, called Validation in working life, where we used the methodology of VPL and assessed competencies against certified job criteria. The main objective was to develop a comprehensive validation system in collaboration with stakeholders, where specific job standards were at the core. Employees´ tacit knowledge and skills were made visible, shortcomings identified, and proper training provided. In the end, all participants had received training and were skilled to take on more complex tasks.

When we knocked on the doors of the Directorate of Labour, asking if they were interested in participating in this pilot, they almost immediately said YES, as they saw the benefits of this project and had been discussing how to deal with the development of tasks at the office in Skagaströnd. To make a long story short, the project was a success. Seven of the 25 employees in Skagaströnd were affected by the digitalisation and participated in the pilot. Through the validation process, their competencies were brought to the surface and acknowledged and where a shortage of competencies was identified, the employees received the right training to acquire those competencies. They all continued working in the office of the Directorate of Labour at Skagaströnd.

Why do I say it´s a win-win-win? First, for the employees, it was a success. They got the competencies that they had acquired through working within the public sector, both acknowledged and certified. They kept their job, took on more complex tasks, and received a pay raise. It would have been difficult for them to find another job in this remote area, where the job opportunities are not that many. So this was a win for them. 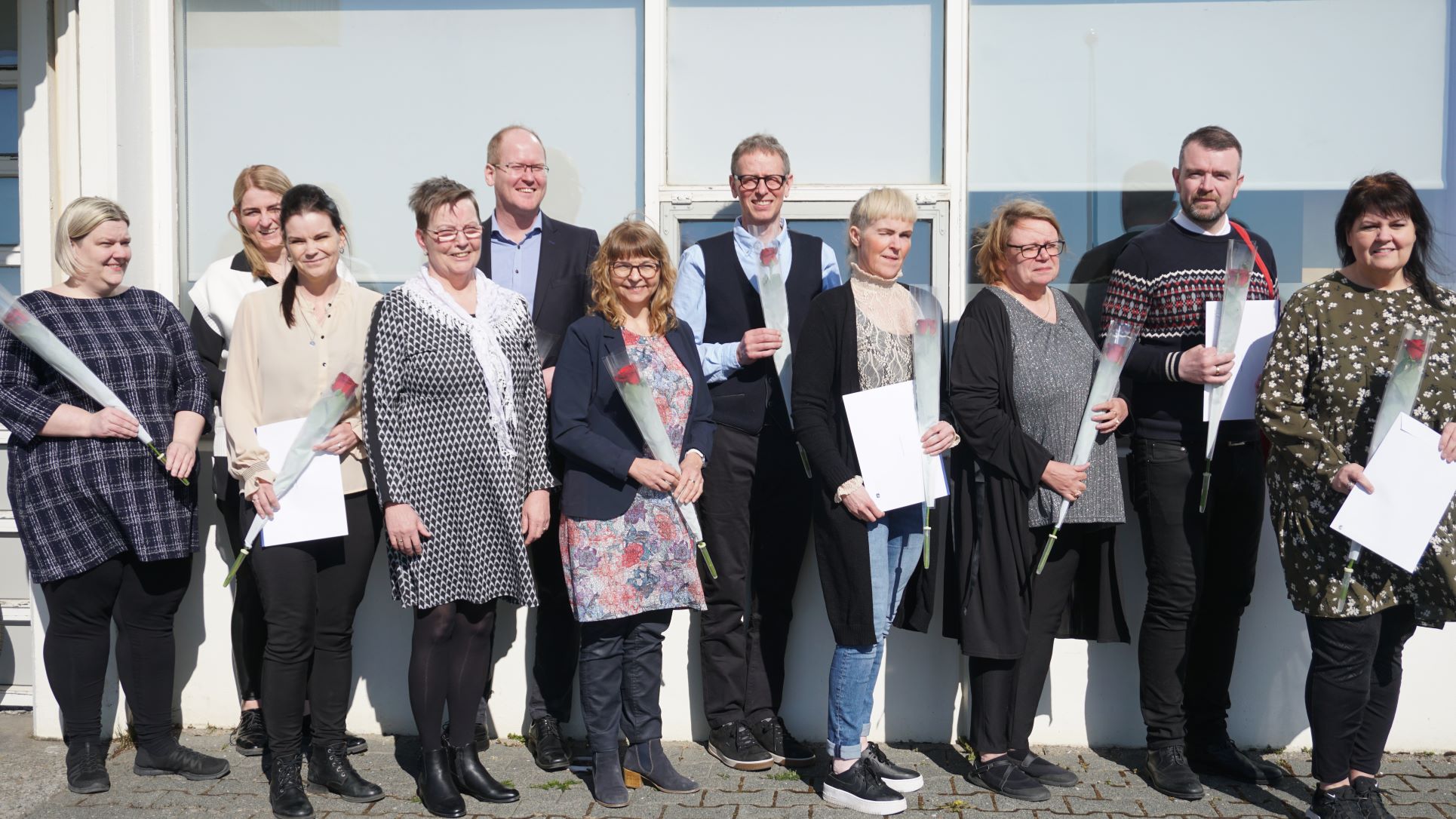 For the employer, it was also a win as the employees are important for the Directorate of Labour's office, whereas the number of potential employees is limited. If the employer had lost seven out of 25 of his workers, it would have affected the efficiency of the workplace.

Now, the third win in this story belongs to the community of Skagaströnd, where approx. 470 people live. The Directorate of Labour is a public entity and is very important for employment in the local community. If those seven employees had lost their jobs, it would have affected seven families in this small community. So, by validating employees´ competencies and providing the appropriate training, all three parties came out of this project as winners, the employees, the employer, and the local community.

On the 4th VPL Biennale held in May 2022, Starfsmennt received a prize for this project. But it´s not the prize that is the driver; knowing the project was useful for all participating parties is the most important outcome, and the greatest gift is to see the happy faces of the participants, knowing they are competent to take on complex tasks and are valuable workforce for the public sector.

Siiri Einaste: the sparkle in the learner's eyes

Learning Polish as a foreign language

Sylvia de Groot Heupner: everyone is on their own learning journey