The current COVID-19 crisis has brought deep disruption at global level and in most realms of life. The crisis has revealed how important basic skills are in terms of helping people cope and adapt to unexpected change, and it has also abundantly shown we were unprepared. As is very often the case, the most vulnerable groups have suffered the most. People without a functional level of literacy, numeracy and digital skills found themselves unable to access the advice from health authorities or to properly evaluate the veracity of other types of information they got, much of which did not come from authoritative sources. 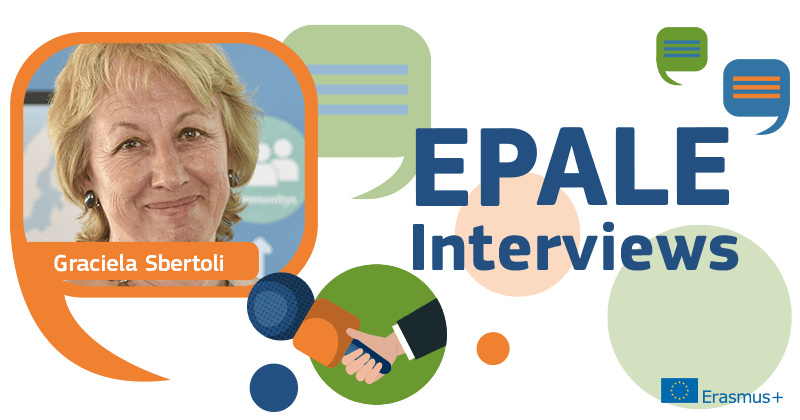 In your opinion, what are the major developments brought about by the current COVID-19 crisis regarding adult basic skills?

The current COVID-19 crisis has brought deep disruption at global level and in most realms of life. The crisis has revealed how important basic skills are in terms of helping people cope and adapt to unexpected change, and it has also abundantly shown we were unprepared. As is very often the case, the most vulnerable groups have suffered the most. People without a functional level of literacy, numeracy and digital skills found themselves unable to access the advice from health authorities or to properly evaluate the veracity of other types of information they got, much of which did not come from authoritative sources. It has seldom been more important to have acquired adequate levels of functional digital and literacy skills, including critical media lieracy and health literacy. Fake news could become dangerous news in the current times! Numeracy, including financial literacy, has also always been a crucial sklll, and all the more so in times of economic crisis.

How does the learning provision sector seem to be reacting to the crisis?

The economy has suffered greatly in most European countries, and the past few months have seen a dramatic increase in unemployability. Education providers are seeing now a strong tendency to increased interest in adult learning, and several European countries are providing incitements to foster this interest.  There are reports, however, that show that this new interest does not always consider the need to increase basic skills levels. Provision seems to concentrate solely on vocational qualifications because of their potential in terms of increased employability. Although vocational learning is very much needed, it is also a fact that many adults who need to access this type of provision also need to increase their level of functional basic skills. These are two sides of the same coin, and it needs to be acknowledged. Policy makers and providers, as well as other stakeholders, need to renew their efforts in awareness raising among the target group, and make sure that basic skills provision is embedded in any form of vocational training for those learners who need it.

Education has gone digital at most levels during the crisis. Have basic skills providers managed the transition?

The need to keep social distance has meant that most providers have had to implement some form of distance education. Some have been very successful, others are really struggling. There is a tendency to think that the reaon why it has been too difficult to suddenly take the learning process into a virtual arena has been the fact that the learners did not know how to use the tools. This may be true in some cases, but there are also success stories from teachers who have managed to keep in touch with their learners, give them tasks  and monitor the learning using smart phones. The crucial success factor in these cases has not been so much the level of preparedness of the learners, but the level of digital experience of the teacher. And ultimately this is a governance issue. It is the responsibility of the providers to make sure that the teachers know exactly how to make best use of digital tools, and it is the responsibility of policy makers to make sure that all teachers have the support they need to develop this form of expertise.

A recent report from the OECD, published in July, discusses online learning for low-qualified adults in the light of the current crisis  and identifies some key issues which we will need to address to ensure that we make the most of the possibilities virtual tools can give us, also in the post-Covid era. One of their recommendations is, as could be expected, that equip teachers and managers at training institutions be equipped with the skills needed to shift the training offer to online delivery.

How can the EBSN contribute to the task of making basic skills provision more resilient, flexible and relevant to the current issues?

One of the EBSN’s tasks for the last three years has been the creation of the Capacity Building Series, (CBS) a series of collections of Open Educational Resources (OERs) and online courses (MOOCs). The CBS aims at increasing the awareness and knowledge of adult basic skills issues among a large group of stakeholders, not only in the education sector but also in sectors that also are relevant to basic sklls provision because of the transversality of these skills. Our current strategy is to widen the scope of this type of activity and create courses for teachers, also based on collections of OERs and providing online courses that will be accredited by different institutions. We believe that online or blended learning (combination of online and presential learning) can help providers to reach a larger number of learners in an efficient and sustainable way, provided it is wisely planned, that teachers have had the necessary preparation, and that learners are supported and encouraged all through the learning process. We are optimistic and look forward to a creative dialogue with policy makers, providers and teachers. We will identify examples of good practice, analyse success factors, and build together new knowledge about how to plan the basic skills provision of the future.

Graciela Sbertoli is currently the General Secretary of the European Basic Skills Network, EBSN. Graciela holds a degree in English Philology from the University of Barcelona, and a B.A. in Spanish from the University of Oslo. She has been involved in adult education since 1982, first as a language teacher at high-school level (1982 to 1995), subsequently as Director of Research and Development at the SRV (Norwegian State Center for Adult Education) (1995-2001). From 2001 to 2016 she was Assistant Director and Coordinator for International Affairs at Vox, the Norwegian Agency for Lifelong Learning. In 2005 – 2006 she also directed the Department for Basic Skills at Vox, and she and her team developed a structure for Professional Development of Teachers of Basic Skills, based on the Norwegian Framework for Basic Skills for Adults. In January 2015 Vox changed its name to Skills Norway. From April 2016 and until Sept 2017 she directed the Norwegian National Support Service for Epale, within Skills Norway. She represented Norway in the European Commission’s Grundtvig Working Group (2001-2005), and in the Focus Group for the OneStep-Up objective in the Action Plan for Adult Learning (2009-2011).