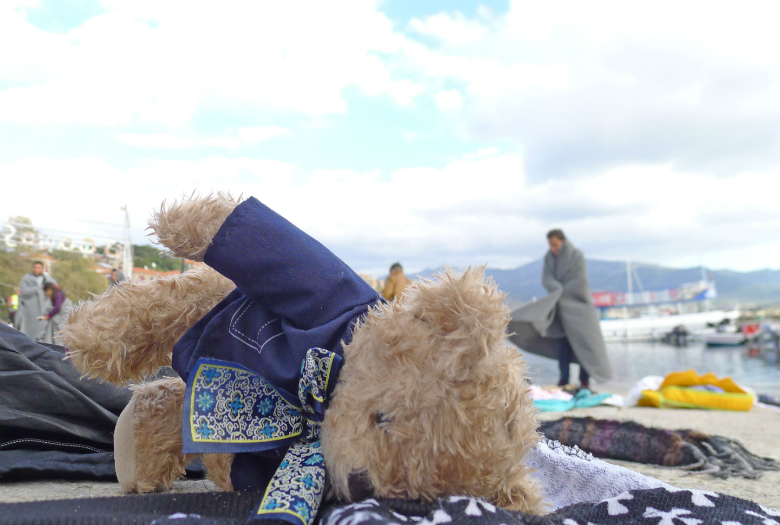 As almost 33,000 immigrants and refugees are trapped on the Greek border, the humanitarian crisis, against the background of the economic crisis, calls upon the Greek people to find solutions. NGOs play an important role in providing housing for asylum seekers and providing learning opportunities. In this blog, Vassilis Georgakoudis from NGO ARSIS presents his experiences in trying to provide education on the basis of solidarity.

The background: asylum and procedures

The refugee population is constantly on the move, hoping that the borders will open. UNHCR disseminate information and do their utmost to implement an asylum system focusing on relocation and reunification. The asylum process is run via computers, as the appointments with the Asylum Service are made on Skype. However, it is easy to guess that there are not enough computers to serve so many refugees. Those who are fortunate enough to finally make the much-needed appointment with the Asylum Service through UNHCR computers are transported by van to the Asylum Service offices.

Role of NGOs in providing housing and support in procedures

In Thessaloniki, the Social Apartment of ARSIS (NGO) shelters young male asylum seekers from 18 to 25 years of age. After the reception of young refugees in the Social Apartment and the prior completion of medical examination, an overriding concern is taking into consideration their legal requests. The legal representative who cooperates with the Apartment prepares them for the upcoming interview with the Asylum Service by informing them about the procedure.

Role of NGOs in providing education based on solidarity

Besides providing housing solutions to asylum seekers, the approach of ARSIS is to achieve social integration on the basis of personal traits and interests. We do our best so that the young asylum seekers do not have to denounce what defines them as individuals, and hence adopt a foreign role model which might offend them.

ARSIS maps the asylum seekers’ preferences, their aspirations in Greece and how they see themselves after a certain period of time. ARSIS provides two types of education based on solidarity:

Vassilis Georgakoudis is a social anthropologist. He works at the NGO ARSIS, which is active throughout Greece and operates accommodation structures for refugees, homeless people, and other vulnerable social groups. More information at: www.arsis.gr

Climate Emergency across the Mediterranean

END_OF_DOCUMENT_TOKEN_TO_BE_REPLACED

Outcomes of the EPALE thematic meeting: “Third places for learning"