Community Education: So Much More than a Course

On a bright summer’s day in 2017, around 8 of us gathered in an upstairs room over a busy community centre on the outskirts of Limerick city.

“The Charter is a wonderful celebration of the values held dear by community educators, but because of the work that is still being done that asks critical questions about the sort of world that we want to live in”

On a bright summer’s day in 2017, around 8 of us gathered in an upstairs room over a busy community centre on the outskirts of Limerick city. All of us had been working in community education in some shape or form for several decades. Some of us were on the front-line, organising and sometimes delivering community education, others worked in advocacy organisations whose role it was to create networks for practitioners and promote the work. The rest were academics who in a previous life had worked in community education and were still connected to the sector. Had we done the maths, there was probably around 100 years’ experience in the room if not more. I won’t name the people there as I’m bound to forget someone, what matters more is the reason we were there. You see we were each passionate about a particular version of community education; one that is about people’s needs, about democracy, participation, equality, social change. We were worried this was being erased by government policies that viewed the work as not about needs but about outputs. And only outputs that could be measured.  This was a ‘bums on seats’ approach that was drowning in the language of work-readiness and up-skilling for employment.  Where did it all go wrong? Vocational education is important, but it’s not the only factor.

We knew that we were not the only ones feeling this way in fact many people working in community education were just as fed up as we were. Certainly, many practitioners enjoy aspects of their work but they can also feel trapped in roles where they are not able to exercise the freedoms to work to well-established Freirean principles of community education (Fitzsimons 2017). People felt paralysed by previous brutal cuts that have been inflected on the community and voluntary sector as recently as the 2010s. Nobody wants to jeopardise funding to their project.  At that meeting in Limerick we gave ourselves a name ‘The 3-Pillars Group’.  One of the first things we did was to reach out to the two largest national community education provider networks in Ireland; The AONTAS Community Education Network (CEN) which is a network of over 100 independently managed community education providers; and Community Education Facilitator’s Association (CEFA) which connects public-sector employees who work as Community Education Facilitators (CEFs). It did not surprise us that these networks were having the same sorts of conversations as we were. So, the 3-Pillars group decided it was time to reassert the principles and values that underpin our collective understanding of community education. We did this by drawing from facilitated conversations within CEN and CEFA and came up with the following:

Is rooted in equality, justice and empowerment.

Creates a voice for those who are furthest from the education system.

Is about social inclusion in its broadest sense.

Is needs based, driven by the community and reflective of lived experiences.

Recognises the value of accredited and non-accredited learning

Is facilitative, group focused and open to new things.

The charter was launched at a hugely successful webinar on the 28th of April called Reasserting the Politics of Community Education. 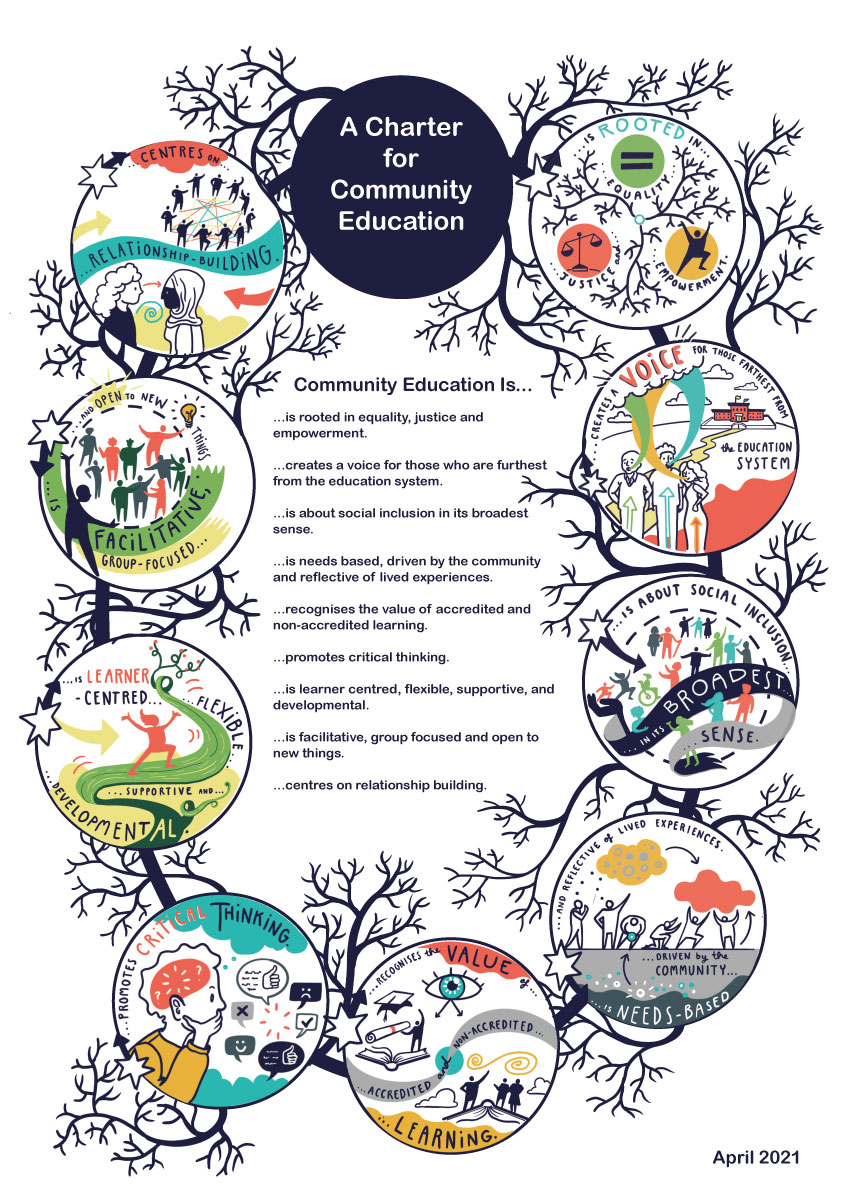 Mae Shaw and I (the speakers) took the title to heart and did not hold back on asking critical questions about whose side we are on. Do we, as practitioners want to be accountable to students, communities and social movements, or to neoliberal governments whose policies re-enforce a model of capitalism that allows a small number of people to get extremely wealthy while things get worse for millions of people. We encouraged people to make strange the familiar, to question such stalwarts as ‘community’ and even ‘education’. As Mae Shaw reminded us, community and community development have its origins in colonial policies that were put in place to create compliant citizens. Education is also worthy of interrogation as something that successfully   corrals people into very particular jobs and life-chances depending on your socio-economic background.  But the event was hopeful too, not least because the Charter is a wonderful celebration of the values held dear by community educators, but because of the work that is still being done that asks critical questions about the sort of world that we want to live in.

This blog was originally published on dacemaynooth.com. For details please visit the link HERE. 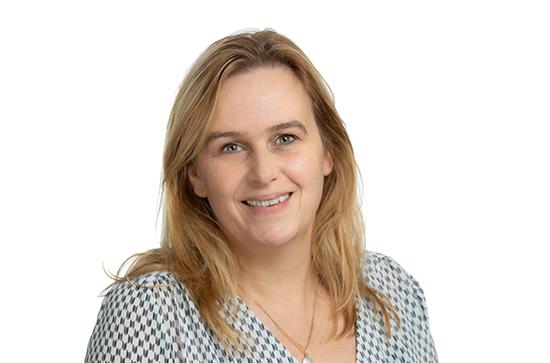 Camilla Fitzsimons is a Lecturer in the Department of Adult and Community Education, Maynooth University. She hails from Dublin and has been working in adult and community education since the 1990s. She has worked with women’s groups, residents groups and campaign groups all as part of wider community development and leadership initiatives. Camilla’s practice is influenced by feminist critical pedagogy and her research influence extends across the breadth of adult and community education where the emphasis is on equality, social justice and dialogic, democratic learning. Camilla has published extensively in adult and community education, with an emphasis on the neoliberalisation of grassroots community education. She has also researched and written about broader feminist issues relating to equality, health and reproductive justice. All of Camilla’s work seeks to uncover asymmetries in power and privilege. At Maynooth she works across a range of programmes at under-graduate and post-graduate level. Camilla is currently the Course Coordinator of the Higher Diploma in Further Education.

Community Education: So Much More than a Course

Mariadaniela Sfarra: self-narration as a vehicle for expressing a desire for redemption

How to create a publication for the EPALE platform: tips and suggestions for the authors