Caring for carers conference in Athens 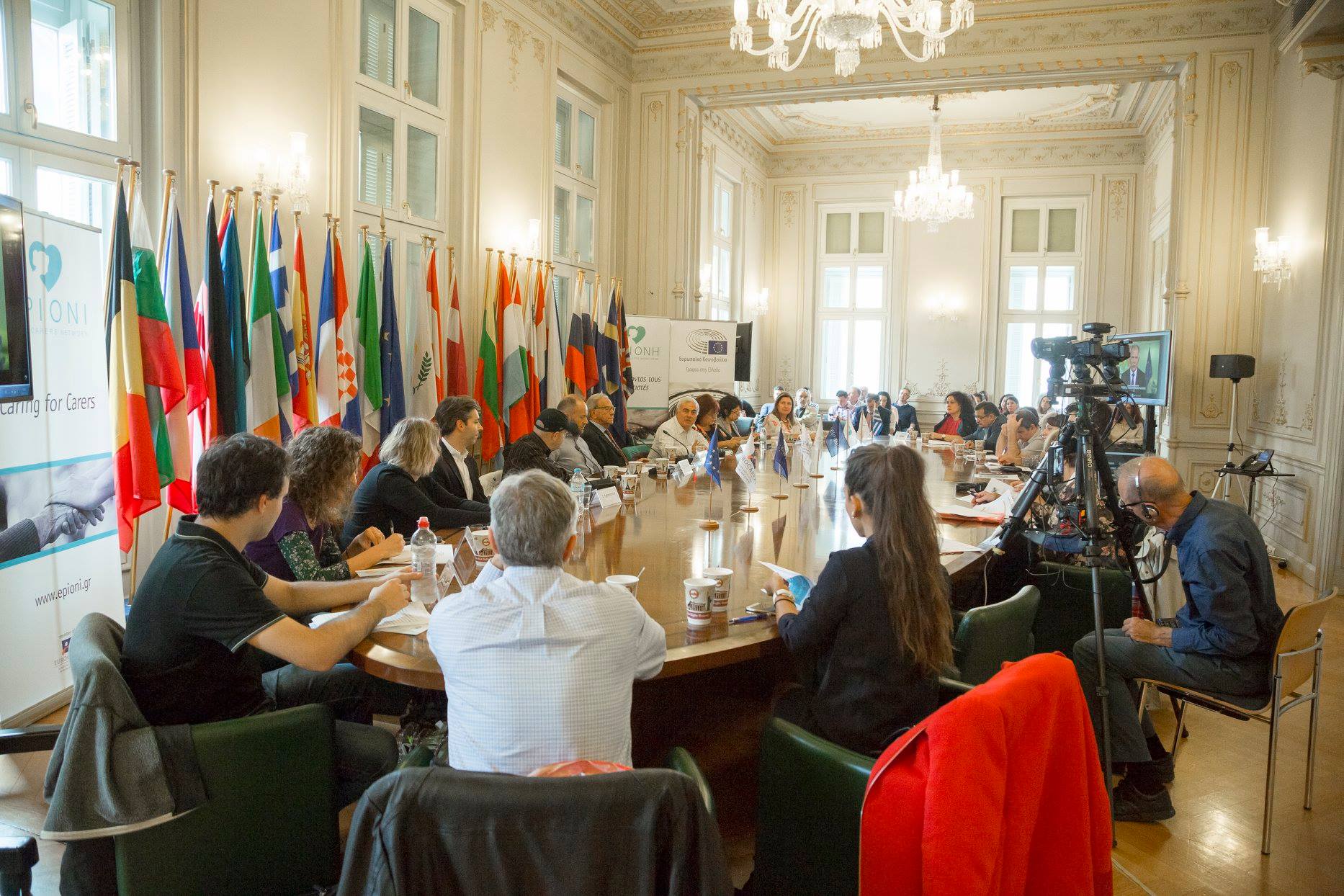 EPIONI (Greek Carers Network) http://www.epioni.gr on September the 28th 2018, organized at the office of the European Parliament in Athens, a conference focusing on young caregivers. The event was under the auspices of the Ministry of Health in Greece, the World Federation for Mental Health, the Hellenic Psychiatric Association, and the European Brain Council.

The Commission advocates the introduction of a new entitlement for caregivers, which includes a five-days compensated Carers leave per worker per year, which should be compensated no less than a compensated sick leave. Additionally, the Commission advocates the entitlement of flexible working arrangements for the same reason said the European Commissioner for Health and Food Safety Vytenis Andriukaitis. In the conference, prominent scientists such as Professor of Psychiatry George Christodoulou, Dr Dimitrios Kontis, Dr Kalliopi Panagiotopoulou, Mr. Panagiotis Chondros from NGO EPAPSY, Dr. George Pavlidis from the University of Sheffield and Mr. Alexandros Oikonomou from NGO EDRA gave insights about long term care. Other prominent speakers included Mr. Stecy Yghemonos, Executive Director of Eurocarers, Mrs Miia Männikkö, President of EUFAMI and Professor Peykan Gokalp from Turkey.

The event, which had the support of the European Parliament office in Greece and the European Commission Representation in Greece, gave the opportunity to caregivers such as Mrs Dragana Kistner from Germany and Mrs. Stefania Buoni, president and founder of COMIP from Italy to share their personal experiences and discuss the challenges involved in caregiving. Mr Lorenzo Mannu shared his experience from the perspective of civil service in Italy. The conference was organized by EPIONI with the support of MEP from Czech Republic, Mr Tomas Zdechovsky (Welcome Speech), former MEP Mr Nikos Chrysogelos and MEP from Greece Mrs Kostadinka Kuneva. 13 Former minister of Education and Health Mrs Marietta Giannakou delivered a welcome speech.