Hugues Bazin, Laboratoire d'Innovation Sociale par la Recherche-Action, to be published in "La revue sur les tiers-lieux" No4, Coopérative Tiers-Lieux, Bordeaux. This text is based on the presentation given at the opening of the 4th edition of the Biennale des Tiers-Lieux on 23 & 24 May 2019 at Lake Vassivière in the Limousin region.

“Out-of-place” spaces or the practice of popular spaces

Ironically, or perhaps by simple coincidence, the New Aquitaine Third Places meeting was held on the island of Vassivière, where Gilles Clément was in residence in 2004 when he wrote “Manifeste du Tiers Paysage” (Manifesto of the Third Landscape). "The urgency of an organic system is not to obtain a result but to organize its own chances of existence". Elevating unproductivity, indecision, abandonment and non-development to a political level in this way goes against the dominant ideology of productive economic development.

These spaces "express neither power nor submission to power"; in what way are they essential to the way society breathes and evolves?

They are home to this invisible population, outside economic production, a Third State, revealing an unexpected diversity in a consented practice of disempowerment that reassigns functionalised spaces to other uses essential to life. From urban squats to rural ZADs, they offer another vision of occupation and public development.

Third spaces can be called “popular” if we understand “people” as a permanent social construction of populations that recompose themselves and assert themselves in a dynamic of social transformation through their awareness, as an active minority, of being historical actors in society. It is precisely in neglected areas and populations that third spaces are born, in an inventive social intelligence, like mushrooms feeding on the soil of old, decomposing industrial sites, recomposing an ecosystem.

On the other hand, there is a movement towards privatising knowledge and living things in order to capture the largest possible share of the wealth produced by collective intelligence. The establishment of "new places" serves, sometimes against their will, as a way of entering this. One of the most visible consequences is the gentrification of the territory in favour of a so-called "creative" class possessing project engineering codes, pushing a separation between "attractive" hubs and "neglected" peri-urban and rural areas.

In a pendulum swing, the Yellow Vests’ "roundabout sociality" movement diverted territorial infrastructure from its primary function of facilitating traffic flow, instead creating a place of exchange and collective strategy. This eruptive restructuring of social organisation through a re-appropriation of a space-based practice and imagination that had been blocked off by the "There is no alternative" of the liberal ideology of the early 1980s.

“Out-of-place" spaces are thus the spaces of a very real and localized experience that bypasses or diverts external norms to establish an instituent functioning. They are comparable to Foucault’s "heterotopia",2 a physical location where society can think and act differently. They confirm Castoriadis' "imaginary institution of society",3 a radical self-creation of autonomous spaces that reject a finite vision of reality.

Every power needs its counter-power, every place need its “out-of-place” alternative. These are mechanisms of balance without which democracy is only a façade and politics no more than a sector of the economy. Do third places promote this pendulum movement? In this sense, the slogan of the Third Places event in Vassivière, "difference is the norm", remains too ambivalent unless it is complemented by "social justice is the norm". We cannot ask for a release of the creative energy that challenges the established standards without first checking who benefits from social innovation. In what way does it meet a fundamental need?

When Jean-François Caron, (Mayor of Loos-en-Gohelle, in the Pas-de-Calais region), defines innovation as "a successful disobedience", what kind of disobedience for what innovation do we mean?  That of the "disruption" of the "new world" which is simply the transmutation from one capitalism to another through the necessary destruction of the old industrial model for the advent of a new one, called cognitive capitalism, where wealth is no longer based on the accumulation of fixed capital but on the capacity to learn and create the labour force and the processes of innovation?

Or do we mean a "different world" which resists the influence of the entrepreneurial market model on all fields of human activity (solidarity, health, social, research, culture, etc.), creating new popular centralities which a fragmented, Uberized world of work and the forms of living in territories that have been withdrawn into an individual and consumerist sphere no longer respond to?

In this respect, “out-of-place” spaces hit at the heart of the flow of “hyper-places” on which the dominant economic model is built. Slowdowns at roundabouts contrast with the high speed of the GAFA digital platforms and the physical speed of the major intermodal transport and goods logistics hubs, where constraints and controls are as severe as in the early days of worker exploitation.

Moreover, the paradox of the blockage of modes of governance that can no longer capture the fundamental movements of society is that local authorities are increasingly using forms of experimentation resulting from practices that are outside the institutional field, or even from social transformation movements, with the goal of including them in common law routines.

In the face of this increasingly global and financially-based economy, third spaces with their ecosystems that respect the living may seem too fragile to reverse the trend. However, popular experimentation is part of a fundamental movement, much like the awareness of a political ecology that brings back the need to establish "participatory research".  It is not simply a question of offering one's experience as a material to the expert tasked with producing recommendations for decision-makers, but of provoking one's own research by appropriating methodologies in the human and social sciences and by provoking situations of self-learning from which collective skills can emerge.

Produce reference material rather than models for autonomous political thinking 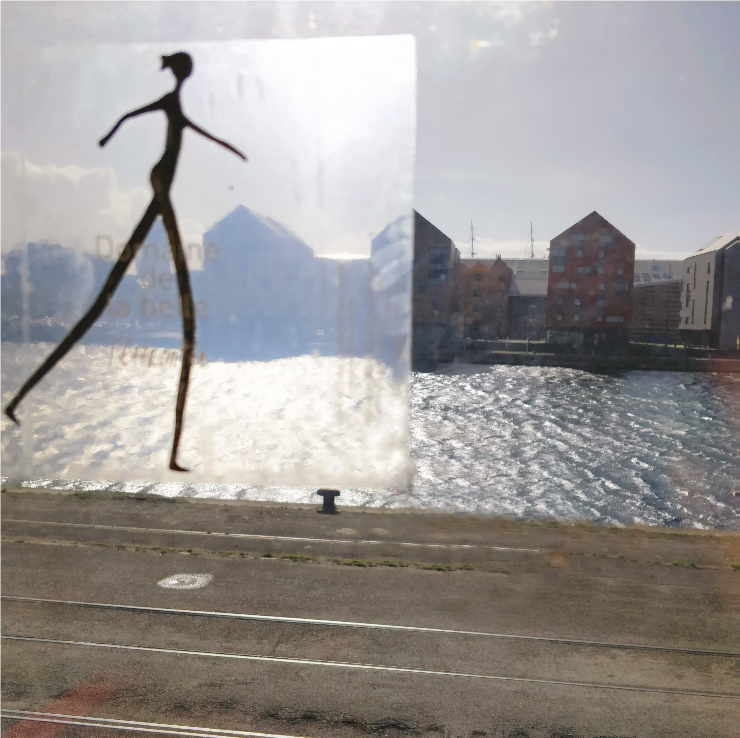 The analysis of third spaces tells us that third places cannot provide alternatives if they do not create zones of autonomy making it possible to think and act differently. At the same time, this requires a transformation in terms of developmental orientation that is considered "outside" the dominant thought and action. What we could call an "out-of-place policy" enshrines this empowerment of the political sphere vis-à-vis the commercial sphere. This is not simply a right to experimentation granted by the public authorities, but another socio-economic approach.

Other fields, such as art, for example, although rebellious to any misrepresentation, have not escaped industry standardization. The same observation in the digital field that has nourished the axiology of third places (values, methodology), but whose liberal, hacker, open source culture has been diverted by the controlled and commercial centralism of platforms, transforming the citizen into a user and counter-power into a consumer right. There is no reason why third places in the field of territorial development should not follow the same trend, despite some people’s resistance to recognize themselves under a label.

A technical approach tends to prevail in the absence of a political response, whereas project management should be at the service of the control of the way the space is used, and not the other way around. Modelling, while it simplifies the replication of programmes, also produces standards and evaluation grids whose criteria are subject to institutional functioning and market laws.

It is this “time space” that must be re-appropriated through the search for reference systems that sharpen critical analysis and not just models. Before defining the modes of the application of knowledge, we have to consider the conditions under which knowledge is produced. This is what “action-research” teaches us through social laboratory practice: we cannot conceive of autonomous action without autonomous thought, and vice versa. It is a way of defining oneself as an actor-researcher in a "praxis" (science of practice). Here we touch on an essential role of third spaces through the autonomous production of knowledge, particularly through popular experimentation.

However, what was called the "third sector", which historically brings together associations, mutual funds and cooperatives under the current term of the social and solidarity economy, has great difficulty in creating this autonomous zone of thought and action, following the example of attempts by associationism in the 19th century to integrate the third aspect of civil society in its dimension of self-organization and social movement.

This lack of a third space results in a crisis of intermediate bodies, the non-profit sector in particular and especially the field of popular education in its mission to promote emancipation, lifelong training on "liberated time".

A recent study that our social laboratory conducted on behalf of Fonjep among youth and popular education associations in the Limousin region4 questioned the socio-economic models to identify a reference framework around the notion of popular centrality5: welcoming and promoting diversity, fostering autonomy through interdependence, meeting basic needs offering the possibility of re-establishing meaning and coherence in life, identifying an imagination, a field of the possible in another relationship to space and time detached from the notion of a "hand-to-mouth” existence.

In other words, it looked at the possibility of another social map of a territory that does not limit itself to a managerial and technical vision of socio-economic development. Popular centralities describe both physical and reflexive places where the territory is understood as shared resources and a coherent crossroads of economic, urban, social, cultural and political dimensions, similar to the "Red Belt" suburbs around the industrial hubs of Ile-de-France in another era.

Today, what are the new social and educational centres, places of resources (both economic and non-economic)? This involves matching, rendering and tensioning the different development scenarios that are sometimes opposed to each other with very different socio-professional cultures and political traditions that we have outlined and that we could group together according to three main processes: spaces of intermediation (transition from capitalism represented by a third sector of the social economy), spaces of recomposition (metamorphosis involving communal management of resources in a common or contributive economy), space of empowerment (collapse where the environment appears as an internal resource that can be mobilized independently to meet basic needs).

Rather than separating them, the goal is therefore to understand how these processes intersect in new centralities, whether forms of popular organizations are at the centre and how third places, provided they are questioned by third spaces, could constitute one of the structuring elements.